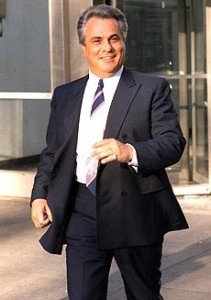 Weight: 155
Apparent Age: 55
Archetype: Assassin
Preferred Weapon: Stiletto
Runner Song:
Bio: The Stiletto is a traditional Mafia hit man, this killer emigrated from Sicily in the early 2050’s the exact time is lost and his documentation has been doctored anyway. this killer is professional to the bone and once sent out on an assignment he doesn’t stop till his target is laying in the morgue or at the bottom of a river. His weapon of choice allows him to ignore most armour and his professional appearance and demeanour allow him to slip in most places he would normally be forbade entrance. This man has been making widows and orphans for over 20 years and he is the strong arm for the Mafia and he takes his orders from the God Father directly in Sicily. So if you have angered the Italians you might have to start looking over your shoulder for the Stiletto.
Do to Deaths Hand control of Italy and Sicily the families have accepted an alliance with the terrorists out of survival, the hand allows them to operate and maintain their old world traditions but in exchange for protection and cooperation the families offer there hit men to the Hand. Stiletto might not be actually Deaths Hand, but any enemy of the Hand is an enemy of his by proxy so again be very cautious when dealing with people like the Stiletto. This man is a master of just blending in and he is not above striking his target in broad daylight and in a crowded room, this seems to be a standard tactic of these killers.
No one is safe from this man, if your name comes across his list, it is only a matter of time before he will be stalking you. The Stiletto is a calm and level headed professional with a perfect take down record. He has also been able to elude the police for years, so if you see this man contact SPD as soon as possible he is a stone cold killer and will do anything that is needed to avoid capture, so do not approach him and don’t be charmed by this snake in a five thousand dollar suit.

This is dedicated to all the warriors of the shadows who have fallen in the line of duty. RIP    Crazy Glue: Killed in the Jackals Lantern by an unknown assailant, Her Murder is still under investigation by SPD  Wallace: HRM member killed in the Scottish invasion of England. Rot in Hell Wallace  Tommy: Member of the Regulators recently killed by SPD    Grimm: Member and Leader of the now defunct Ministry, killed by SPD C-SWAT. During the Deaths Hand Invasion  Mr. Walter O'Neil (Sarge): Member of a group only referenced to as the Post Office, He was killed in … END_OF_DOCUMENT_TOKEN_TO_BE_REPLACED