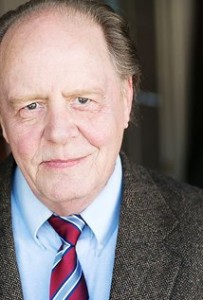 Weight: 150
Apparent Age: 60
Archetype: Cybered Pirate Adept: Circle: Unknown
Preferred Weapon: DAOD Assault Pistol
Runner Song:
Bio: Well it’s time to bring to light a serious problem child inside the Police Department, this man is no good and I seriously mean that. He might look like every other detective with his over stressed looks and gruff exterior, but this man is nothing more the landlocked pirate. He is one of the Crimson Bloods senior officers that has been grounded to the land after receiving a career ending injury in a battle at sea. Nelson is one of the Governors top men and you can bet your lucky stars that he has been personally worked on by the Pirate King himself, so seriously whatever injury he is claiming is nothing but a ruse. Being a Crimson Blood is a life long commitment and one doesn’t simply retire do to injury, no they either die or they visit the boss and get made better. Kraken is one of the of the senior officers of the Bloods and now he has come ashore and was welcomed with open arms into the Police Department, well something smells fishy about this. The Kraken is one of the worst of the Governors men and he has zero compassion and care for anything and he will do whatever he damned well desires and their won’t be anyone able to stop the Kraken from choking the life out of the department.
So with this monster the PD has swung and missed and this just proves that the pardon program is broken and needs to be closed down with for good. The Kraken has served alongside the Governor for many decades and until he was placed within the Seattle Police Department for reasons unknown he was the First Mate of the Bloods flag ship the Siren. The tales I can tell about the Kraken could fill an entire volume of encyclopaedias and would also disturb many readers, this man’s log is full of bloody encounters and sunken ships he has sent countless men to Davy Jones’s Locker through the years and he doesn’t seem to give a rats behind about any of the innocent lives he stole and the widows he created. Once the Kraken is unleashed into a battle the tide swings quickly to the side of the Bloods.
The Kraken is one pirate that I personally would never want to meet, he doesn’t care about anything and life to him is nothing more than an obstacle he needs to overcome. This man never gives quarter and never accepts surrender the only thing the Kraken knows is killing and drinking and both of these he is highly skilled at, I am not sure how long he will last as a police officer but all I can say is whatever reason the Kraken has been unleashed is not going to be good and will definitely make headlines. I know I am being somewhat vague here in this article but as much as I would like to tell you the tales of the Kraken as a warning, I am also scared to death of this man and the Crimson Bloods. The Kraken is to be considered extremely deadly and never engaged in direct combat, suicide might be less painful then fighting this man.
From the reports I have about the Kraken is that he is a master in all forms of combat and regardless of how much he has been drinking he remains sober. This man’s hands are as deadly as any weapon in his hands, their are legends of the Kraken boarding ships bare handed and tearing apart sailors limb from limb and ripping people in half with his bare hands. Legends report that he is bullet proof and is unkillable, with a service record that spans multiple decades of piracy and making it to First Mate of the Siren I would tend to believe that any man that is that loyal to the Governor is more then meets the eye and just for your safety best believe the legends about the Kraken. This is the man that engaged in mortal combat with the legendary pirate Captain Maelstrom and all that happened was they considered it a draw and both men walked away. That fight accord do to a disagreement over what was a better rum, seriously they fought over rum. This is the man that know wears a badge people, the Kraken might not look like a pirate any more but don’t be fooled most of the Crimson Bloods command doesn’t scream pirate.
This man is second in command of the clan, so again his appearance in the police department is a ruse and he is not a reformed pirate. This is the Kraken people, he is up to something and when he is done Seattle will be left picking up the pieces as the Kraken sails off into the setting sun. You have been warned, and I just signed my death certificate with this article so I am going to end it here and attempt to escape the city before I visited by one of the Governors men.
Page Written By: Anonymous

This is dedicated to all the warriors of the shadows who have fallen in the line of duty. RIP    Crazy Glue: Killed in the Jackals Lantern by an unknown assailant, Her Murder is still under investigation by SPD  Wallace: HRM member killed in the Scottish invasion of England. Rot in Hell Wallace  Tommy: Member of the Regulators recently killed by SPD    Grimm: Member and Leader of the now defunct Ministry, killed by SPD C-SWAT. During the Deaths Hand Invasion  Mr. Walter O'Neil (Sarge): Member of a group only referenced to as the Post Office, He was killed in … END_OF_DOCUMENT_TOKEN_TO_BE_REPLACED