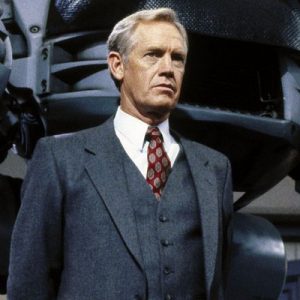 Bio: Cotton is the commander of the South Carolina division of the Sons, he commands with an iron fist and his men both fear and love him for it. This solders will do anything for there leader and even go as far as to die for him. Cotton is as cold as a glacier and only see’s the world in black and white, not literately. You either stand with the Sons or your against them, and he makes damn sure if your against them, you pay the price. Till recent the Sons kept there actions to the shadows and would strike at the heart of the CAS government in there home state. leaving the Klan to be the visual threat and the real devils are the Sons behind the scenes. It appears know we now the truth and these solders have truly made there mark.
Cotton is a samurai but that doesn’t mean he was not political and with a grandfather clause permit for Article 15 in his pocket he entered political arena of South Carolina and became Governor after a very close election. It was his Civil War involvement that cemented his victory. Once he was in charge he altered the laws in the state and even went as far as to not sign the Treaty of Denver when Article 16 was implemented. (The Current Governor signed the Treaty) Cottons time in office was short and he only had one term as he learned to many of his voters where bleeding hearts and felt he was to strict and to conservative and to old school. Well they were correct and before he left office he pardoned each and every Sons Of the True Confederacy that sat in prison and and he never once allowed a Son to hang during his term.
Cotton secured his chapter of Sons with increased numbers, by pardoning the killers and once out of office is was right back to business as normal. The strategic strikes commenced and the military bases got raided weekly forcing the CAS commanders to tighten up there Guard. Cotton is like Mars he is well trained in combat and should be given a very wide berth. His hatred burns like Powder Kegs and Mars so he is okay with some magical arts and meta humans sort off. Your skin colour can get you iced by this man, so best bet stay the hell out of the CAS if you can lets boycott them into submission.

This is dedicated to all the warriors of the shadows who have fallen in the line of duty. RIP    Crazy Glue: Killed in the Jackals Lantern by an unknown assailant, Her Murder is still under investigation by SPD  Wallace: HRM member killed in the Scottish invasion of England. Rot in Hell Wallace  Tommy: Member of the Regulators recently killed by SPD    Grimm: Member and Leader of the now defunct Ministry, killed by SPD C-SWAT. During the Deaths Hand Invasion  Mr. Walter O'Neil (Sarge): Member of a group only referenced to as the Post Office, He was killed in … END_OF_DOCUMENT_TOKEN_TO_BE_REPLACED