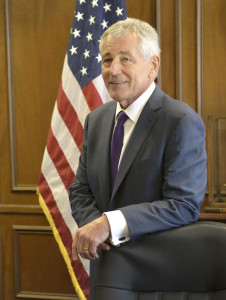 Weight: 165
Apparent Age: 55
Archetype: Mercenary
Preferred Weapon: Colt Manhunter
Runner Song:
Bio: This man is real devil in disguise, he was once a runner who infiltrated many a government office to steal classified documents and abduct politicians for an enemy state. He has worked against every nation on North American soil at one point and has brought entire cities grinding to a halt when he would sabotage a vital piece of there infrastructure. This man may appear to be warm and caring but that is just a mask  he wears, he is as cold and callous as they come. He cares for only one thing and that is credits and lots of them, he is a traitor to the UCAS and yet has seemed to find a way to weasel his way inside the UCAS government structure, the Cobra has managed to land himself a seat on the city council of Seattle and prior to that he was the Governor of Massachusetts.
The Cobra might have hung up his combat gear for the politicians uniform, make no mistake about it this is Cobra we are talking about. This man has an agenda and that agenda is never any good. He found away to shed his old crimes, and emerge with a clean slate, but that doesn’t mean he is a changed man. What he is up to here in Seattle is not known and one can only hope that he is figured out fast, or once he sinks his fangs into our city it’s to late. I do know the Cobra sits on the Mayors Pardon board as the Chairman and this might be the reason so many monsters are getting pardoned he should be just hung.
Well as for the Cobra, be warned he is no good, this man is a cold blooded killer and thief, he holds no loyalties and once he has accomplished his goal, he will vanish and leave us to deal with the damage he caused.

This is dedicated to all the warriors of the shadows who have fallen in the line of duty. RIP    Crazy Glue: Killed in the Jackals Lantern by an unknown assailant, Her Murder is still under investigation by SPD  Wallace: HRM member killed in the Scottish invasion of England. Rot in Hell Wallace  Tommy: Member of the Regulators recently killed by SPD    Grimm: Member and Leader of the now defunct Ministry, killed by SPD C-SWAT. During the Deaths Hand Invasion  Mr. Walter O'Neil (Sarge): Member of a group only referenced to as the Post Office, He was killed in … END_OF_DOCUMENT_TOKEN_TO_BE_REPLACED