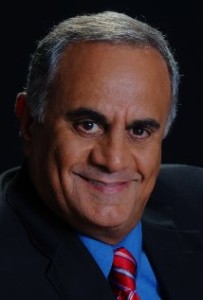 Weight: 145
Apparent Age: 55
Archetype: Rigger
Preferred Weapon: Colt Manhunter
Runner Song:
Bio: The Chauffeur is a dastardly man, he drives around in a highly modified stretch limousine that he uses to pick up unsuspecting visitors from the airport, bus depot, train station or basically any location where a waiting limo wouldn’t look out of place. The unsuspecting travellers once inside the limousine are rewarded with the doors sealing, and the cabin filling with a noxious sleep gas. This is when the Chauffeur owns you and his fee is steep, this man specialises in kidnapping and extortion. He targets people of wealth and class mostly, occasionally he will target the common citizen with them he gasses them, robs them and dumps they sleeping bodies off in a bad neighbourhood. Though the rich and powerful suffer the worst of this hijackers personality, he will normally ransom them off or force them to pay his exuberant fee for their freedom. If he is being even more sadistic he will put these people in very compromising positions or have them handling hardware thats in violation of Article 16 of the Treaty of Denver then photograph and video record them. He will then use this damaging evidence to blackmail and continue to extort his targets for further credits, favours and more.
This might be the basic itinerary of the Chauffeur, but this rigger does have an even nastier side. He is fully combat trained and capable of operating heavy weapons and most of his rigs are well equipped for combat operations. So this means that if he is put in a life or death situation his pop up turrets and other vehicle weapons can even the odds, this rigger is very twisted and he is a very wanted man for the crimes he has committed. He is not above murder and if his fee is not paid or his target doesn’t agree to he terms the Chauffeur sets he will just execute his passenger and his limousine will become their final destination.
He has been operating within the city limits since 2055 and has been on the Police Departments watch list since 2060, he is able to operate openly since he appears like any normal Chauffeur, he dresses in the traditional attire and his fleet of limousines are all nondescript. This is one driver you want to be on the look out for, or your trip out on the town will turn into your own personal nightmare with the Chauffeur at the helm.
Page Written by: Shadow Writer

This is dedicated to all the warriors of the shadows who have fallen in the line of duty. RIP    Crazy Glue: Killed in the Jackals Lantern by an unknown assailant, Her Murder is still under investigation by SPD  Wallace: HRM member killed in the Scottish invasion of England. Rot in Hell Wallace  Tommy: Member of the Regulators recently killed by SPD    Grimm: Member and Leader of the now defunct Ministry, killed by SPD C-SWAT. During the Deaths Hand Invasion  Mr. Walter O'Neil (Sarge): Member of a group only referenced to as the Post Office, He was killed in … END_OF_DOCUMENT_TOKEN_TO_BE_REPLACED