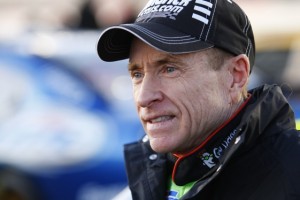 Weight: 160
Apparent Age: 50
Archetype: Rigger
Preferred Weapon: Aries High Velocity LMG
Runner Song:
Bio: Bulldog is a wastelands rigger and this man is seriously frighting inside his rig, He is a multi-purpose solder as he is very cross trained, this man can drive anything with an engine and his skills with vehicle weapons are a nightmare to any enemy in his sights. It is reported that Bulldogs main truck is armed with both a Aries Vehicle Laser and a Kinetic Multi Fire Rail Cannon. If so You don’t want to be down range from this in any way shape or form. Bulldogs hatred for the NAN steams from his home being stolen and his family being displaced after the Treaty of Denver was signed. He was forced to watch as his kids were decapitated and his wife was raped by native troops. Bulldog quickly took his skills to the war against the NAN and has aided any group that fights the NAN, He is not like the rest of the Patriots in that he could care less about restoring America, he is out for blood and revenge. This man has lost everything to the Treaty of Denver and plans to seek a very bloody pay back.
Bulldog has already sent his message to peaceful native camps in the Pueblo Nation and as well to the Sioux on a number of occasions, this man has sent military grade rockets and unleashed hell fire upon there hospitals, schools, and civilian towns with no care of who lays dead in the wake. He joined the Rattlers after meeting Gunny and finally finding a kindred spirit, The Rattlers sedate this man’s hate and give him a very violent outlet.
Bulldog is a man on a mission and that mission is revenge, he has nothing to loose and everything to gain so he will fight with every ounce of his being, remember this when dealing with him. He has traded in his soul along time ago and now rides through the raining of blood.

This is dedicated to all the warriors of the shadows who have fallen in the line of duty. RIP    Crazy Glue: Killed in the Jackals Lantern by an unknown assailant, Her Murder is still under investigation by SPD  Wallace: HRM member killed in the Scottish invasion of England. Rot in Hell Wallace  Tommy: Member of the Regulators recently killed by SPD    Grimm: Member and Leader of the now defunct Ministry, killed by SPD C-SWAT. During the Deaths Hand Invasion  Mr. Walter O'Neil (Sarge): Member of a group only referenced to as the Post Office, He was killed in … END_OF_DOCUMENT_TOKEN_TO_BE_REPLACED