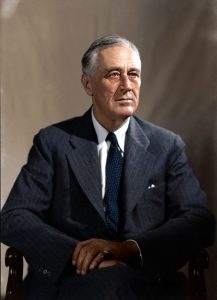 Apparent Age: By the photographs we can assume mid 60’s

Archetype: ??? <Though being a Brothers Grimm we can assume he is magical>

Bio: This is another total enigma and has been whitewashed by the same people that cleaned Bleach’s record the only difference is that we managed to find old documents that had his name attached to it and the fact that it’s Yates scares the shit out of me. This mans records where found in an old home in what we now call the Foundry District so his age must be far older than he appears and his power must be off the scale since no one has lived in that district since the tragedy of 2018 and for Three to remain unknown and off the radar for this long scares me.

He like Bleach has managed to escape the drones and as well his image is only a fleeting memory in anyone who meets him. Three can be considered extremely dangerous seeing that he is a Brothers Grimm member and how he got the handle of Three is unknown but in the world of magic that is a number of power and seeing most covens use a tribunal so keep that under your hat if you ever run into Three.

I would like to report more on Three but there is nothing to report and I don’t want to piss off the Professor or Accountant by reporting rumours and false assumptions about this man as I don’t know where he sits in the family tree of the dreaded Yates family.

Page Written By: Scared for my Life

This is dedicated to all the warriors of the shadows who have fallen in the line of duty. RIP    Crazy Glue: Killed in the Jackals Lantern by an unknown assailant, Her Murder is still under investigation by SPD  Wallace: HRM member killed in the Scottish invasion of England. Rot in Hell Wallace  Tommy: Member of the Regulators recently killed by SPD    Grimm: Member and Leader of the now defunct Ministry, killed by SPD C-SWAT. During the Deaths Hand Invasion  Mr. Walter O'Neil (Sarge): Member of a group only referenced to as the Post Office, He was killed in … END_OF_DOCUMENT_TOKEN_TO_BE_REPLACED