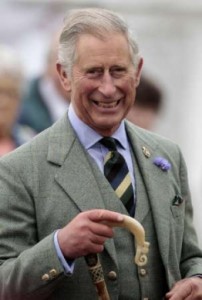 Bio: Rift well this man is another regional enforcer, he was given to Oculus to keep his region under control. and lets say that this bastard does a real good job enforcing Oculus’s will throughout the region. Rift is the commander of the Secret Police force and has shown his might by slaughtering any who question him. This enforcer unlike others is not a bloodthirsty maniac, no this one is a total sociopath  and actually enjoys his work as an enforcer. He has zero care for anything and anyone minus those of the Hand and Oculus, he helps spread his Generals reputation of being the All Seeing One, by utilizing the Secret Police Force, and having the people of the regions turn on each other to spare there unpleasant executions for another’s. Rift has spent a good majority of his time with the Hand as enforcer within the eastern block region and do to this he knows the territories and it’s workings like the back of his hand. Rift also understands a General is only as strong as his enforcer is, with this if the people don’t tremble at thought of an enforcer coming to see them, they will never fear and respect the General in command and Rift makes sure the people fully understand this premise.

Rift is like a two sided coin, one side he is brutal and violent, the other side he is a smooth, charming gentlemen, and like the villain from the old Batman comics from the twentieth century Two-Face; Rift will flip a coin to see just who comes out to play that day. Rift is found of throwing fancy balls and inviting many of the regions people to attend, then once all are locked in the ballroom he will flip the coin. Heads the live and enjoy the party and tails they die a brutal death. Problem is the people know this and if they fail to arrive, Rift sends his police to eradicate them and there kin for insulting his gracious offer. Rift offers these balls as a way to twist the peoples minds further, he will always have empty gibbets awaiting a new little bird for Oculus to enjoy and he will use these parties as a way to strike fear by locking a dissident or nationalist into the cage and then hoist them above the crowd. the people enjoy a feast of food and wine while others die slowly locked in a gibbet.
Rifts combat abilities are well known, this man is a physical adept of unknown circle but he is a master with the blade and as well a terror with the bow like Oculus, he is as well trained in hand to hand and firearms. Rift is a terror on the battlefield as he uses psychological warfare and his diplomatic abilities to help undermine his opponents wills in battle, also like all enforcers this man is highly trained in military science and the art of war this makes him a nightmare in combat. There have been reports of Rift doing things in a fight that no physical adept or samurai could ever dream of performing, he struck down over ten men in mere seconds, ran up walls, fired his bow as fast as assault riffle and some say he even dodged bullets. If this man is capable of these feats in battle I can only imagine what his mentor Oculus is capable of.
Rift on the other hand will command his forces to have the streets run red with the blood of the people, he orders the executions of the neighbours and friends of those attending his gala event to be murdered and their bodies left in the streets as a grim reminder to never cross the Hand. Those that survive one of Rifts hunting parties are never the same, and the people in there neighbourhood are forever scarred physically and mentally. Rift has learned that being an enforcer you can normally get the people to do your work for you, and just the mention of him being in a region is enough to send it’s people into a panic and a rebellion is snuffed out before he arrives.

This is dedicated to all the warriors of the shadows who have fallen in the line of duty. RIP    Crazy Glue: Killed in the Jackals Lantern by an unknown assailant, Her Murder is still under investigation by SPD  Wallace: HRM member killed in the Scottish invasion of England. Rot in Hell Wallace  Tommy: Member of the Regulators recently killed by SPD    Grimm: Member and Leader of the now defunct Ministry, killed by SPD C-SWAT. During the Deaths Hand Invasion  Mr. Walter O'Neil (Sarge): Member of a group only referenced to as the Post Office, He was killed in … END_OF_DOCUMENT_TOKEN_TO_BE_REPLACED