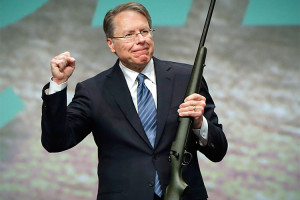 Weight: 180
Apparent Age: 50
Archetype: Mercenary
Preferred Weapon: AK-98
Runner Song:
Bio: Crusader is one of those blasted Deaths Hand bastards, he joined the hand right from his earlies days and has served them loyally ever since. Crusader has worked his way up the ranks from lowly private to now he is a Colonel and serving in Jackals Army. Crusader has been given command and he has taken his conquest to the African continent, basically while Jackal was off dealing with situations in England Crusader was back in Africa securing the forces there and making damn sure any uprising was swiftly dealt with. This man’s only military training and knowledge comes from what he learned serving the Hand, this is a bit scary cause Crusader is one feared commander and his military tactics and leadership skills are spot on making him feared in combat. Seeing he works for the Jackal and this man does not take failure lightly at all, Crusader has had to prove himself even more to avoid the gallows or the cross for failing the Jackal. Lets just say that is motivation, failure is not an option when it means you could be hung or crucified for it.
As for now Crusader has kept the Jackal very happy with his work and the status in Africa is ninety percent controlled, If Crusader keeps this up he might just see his next promotion and be given command of his own actual army. This is actually what I am afraid of, it seems Alexander will need another General for the CAS and Crusader is at the point in his carrier to given command of the CAS forces and work alongside Davis and the Sons. If this happens we could be in for a really bad situation, Crusader being trained with failure is not an option under the Jackal means that he will take this can do attitude here and go for an offensive straight into the FDC. The Hand knows how to chock hold a nation, and the Crusader specializes in these tactics, So Heaven help us if Alexander dispatches him over here.

This is dedicated to all the warriors of the shadows who have fallen in the line of duty. RIP    Crazy Glue: Killed in the Jackals Lantern by an unknown assailant, Her Murder is still under investigation by SPD  Wallace: HRM member killed in the Scottish invasion of England. Rot in Hell Wallace  Tommy: Member of the Regulators recently killed by SPD    Grimm: Member and Leader of the now defunct Ministry, killed by SPD C-SWAT. During the Deaths Hand Invasion  Mr. Walter O'Neil (Sarge): Member of a group only referenced to as the Post Office, He was killed in … END_OF_DOCUMENT_TOKEN_TO_BE_REPLACED