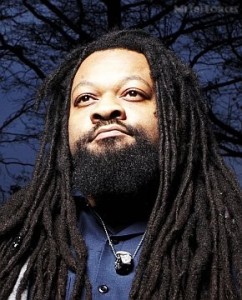 Bio: Kodiak well this killer has migrated from the far northern wastelands to enter the world of the human warriors, this man might be called Kodiak but he is actually a very large aggressive polar bear. He is a true carnivore and enjoys hunting all sorts of game, including humans who he see’s as the ultimate threat to the mother. Kodiak is from what we would call the lost generation, he joined the shadow world in the latter part of the 2060’s the exact date is unknown but he has left a very serious impact with anyone he has worked against. For this runner he is looking out for the mother and he is not concerned with political agendas or beliefs, he is only interested in protecting the planet so it will be here for the next generation to inherit. For Kodiak that means he works against known corporations and governments that are destroying the planet, he as well fights against the growing insect spirit problem seeing a pattern forming between the rise in toxic spirits and insects, this to Kodiak is a serious problem and needs to be cleansed.
This hunter has learned how to blend into human society and has fully adapted to living within the city, even though he hates the urban sprawl Kodiak understands the need to hunt for the defilers where they breed. The only thing Kodiak hasn’t adapted is the eating of synthetic foods, and he still gives into his predator instincts. This means that he is more then willing to consume human flesh and murder the defilers for his dinner, so if you become a victim of Kodiak’s you will never be found. This killer can consume a 200 pound human in a matter of seconds and leave nothing more than a few drops of blood behind, he will eat everything from clothing to bone including cybernetics. He has developed a unique adept ability that allows him to digest anything he can ingest, this means he fears nothing and being over 3000 pounds in his natural form he is a true beast.
Kodiak is a trained warrior of the native people in Alaska, but this doesn’t mean he has sided with their cause. He was from a small tribe that was rendered extinct by the Native Union do to them disagreeing with the eradication of the white man and their use of magical terrorism. Kodiak has no love loss for the native people and will not think twice about bringing down any force that stands in his way of protecting the mother. Though he also doesn’t agree with the subjugation of anyone so for Kodiak he will be watching the new leadership in Seattle very carefully and one misstep and he could shift from ally to enemy overnight.
Well as for reporting on the actions of Kodiak their isn’t much since he has managed to stay off the radar for the most part, this killer will fight to defend the mother and he will also stand as the only line of defence for the week against the oppressions of the powerful. He will continue to hunt in the regions that are being corrupted and stalk those who have sworn allegiance with the bugs and toxics. He might be young but Kodiak has already seen more in his few short years then most do in a life time, so he is more then educated as to what is unfolding all around him. He might not be concerned with the politics of the human world, but he understands that a line has been drawn and he needs to stand on one side or the other. For now Kodiak has sided with the city and her people, though if he senses any corruption he will stand alone fighting against both sides. For Kodiak the only true ally he has is the mother and he will do anything to protect her from being rapped any further by the defilers.
This man has forsaken everything to enter the city and has taken the fight direct to those that stand opposed to protecting the mother. He see’s them as the true enemy and will never relent from his assault, though as much as the sprawl is part of the problem, the bigger problem is the rise in illegal dumping, radiation, toxic spirits and insect shamans. These the enemy has embraced fully and have taken to a scorched earth policy when dealing with the terrorists that have taken up arms against them. Kodiak might not care about politics, but it’s the politics of war that have brought this killer into the war and until they stop raping the mother and her children. Kodiak will not rest and he will keep fighting on behalf of the innocents that can’t defend themselves from the exploitation of the False Flag and Union.
Page Written By: Shadow Writer

This is dedicated to all the warriors of the shadows who have fallen in the line of duty. RIP    Crazy Glue: Killed in the Jackals Lantern by an unknown assailant, Her Murder is still under investigation by SPD  Wallace: HRM member killed in the Scottish invasion of England. Rot in Hell Wallace  Tommy: Member of the Regulators recently killed by SPD    Grimm: Member and Leader of the now defunct Ministry, killed by SPD C-SWAT. During the Deaths Hand Invasion  Mr. Walter O'Neil (Sarge): Member of a group only referenced to as the Post Office, He was killed in … END_OF_DOCUMENT_TOKEN_TO_BE_REPLACED