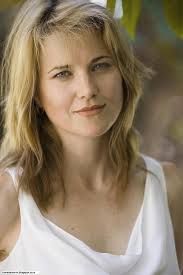 Bio: With Vindication this runner has entered into a man’s world and as a female she has allot to prove. The world of the mercenary is dominated by middle aged or older former soldiers and professionals. Though this runner is able to keep up with her male counterparts and in some cases exceed them. She is part of what we would refer to as the new breed and her time in Seattle has been short, she wondered into the Emerald City back in 2068 from the mean streets of Detroit. She came here looking for work and wanting a safer work environment, then an entire city classified as a Demilitarized Zone.

Vindication has made a name for herself doing wet work and defending those that are being squeezed by big corporations and local gangs, she is classified a mercenary and registered with the Brotherhood of Mercenaries and has managed to become just another one of the boys in their mind. Vindication is one bad ass street soldier and her code of conduct will not allow her to take innocent lives or do unjust work, though that doesn’t mean she is a pushover and to think so will end with a quick trip to the morgue.
Page Written By: Shadow Writer

This is dedicated to all the warriors of the shadows who have fallen in the line of duty. RIP    Crazy Glue: Killed in the Jackals Lantern by an unknown assailant, Her Murder is still under investigation by SPD  Wallace: HRM member killed in the Scottish invasion of England. Rot in Hell Wallace  Tommy: Member of the Regulators recently killed by SPD    Grimm: Member and Leader of the now defunct Ministry, killed by SPD C-SWAT. During the Deaths Hand Invasion  Mr. Walter O'Neil (Sarge): Member of a group only referenced to as the Post Office, He was killed in … END_OF_DOCUMENT_TOKEN_TO_BE_REPLACED