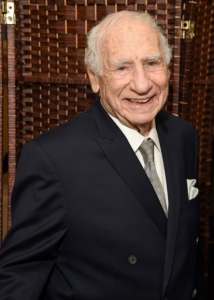 Preferred Weapon: Ancient Katana made of some very ancient and powerful steel…….this sword is fucking dangerous!

Well where to start on this runner, first off when it comes the Shyster his records date back to the previous century and if thats not bad enough, he has had his dirty little hands all over our government and abroad. This man is like the Accountant being a CIA agent as well as Mossad, though thats where it get weird with the Shyster. This man has worked deep cover as a black opp agent, that I am unsure what to believe about him any more, records of him appear all over the place, inside the KGB, British Intelligence, and so on. It seems our government used this man to even infiltrate our own agencies at times. The Shyster became a legend in the spy world and has probably ended more wars, before they ever started. He has definitely ended many lives and has brought down small countries. Well with this man, every one thought he was dead and gone, but it appears the Shyster has had us all fooled for decades.

This is dedicated to all the warriors of the shadows who have fallen in the line of duty. RIP    Crazy Glue: Killed in the Jackals Lantern by an unknown assailant, Her Murder is still under investigation by SPD  Wallace: HRM member killed in the Scottish invasion of England. Rot in Hell Wallace  Tommy: Member of the Regulators recently killed by SPD    Grimm: Member and Leader of the now defunct Ministry, killed by SPD C-SWAT. During the Deaths Hand Invasion  Mr. Walter O'Neil (Sarge): Member of a group only referenced to as the Post Office, He was killed in … END_OF_DOCUMENT_TOKEN_TO_BE_REPLACED