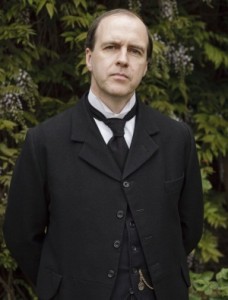 Bio: This runner from Europe only recently cam to our attention, do to all the turmoil accruing in Great Britain. This runner was forced to leave his beloved England after he got into a fire fight with some of the Deaths Hand forces that where getting ready to engage London. Hitch barely survived that encounter and he came across the great pond to Seattle to lend a helping hand here. In Hitch’s mind he doesn’t want the same to happen here that is happening in Europe if there is still a chance to prevent it.
This runner is one of the good guys and he always does what he can to help the innocent from harm, Hitch takes very seriously the oath he swore before the Queen when he was knighted and it sickens him to think that people are being exploited in the name of freedom here in the UCAS. He can’t understand that no one can see to obvious truth that is right before them, What Hitch is talking about is unclear. though. What side of the war he is on and who he will swear allegiance to, though we know this Hitch will stand with the citizens in the end. His beloved England might be lost to him but that not stop him from defending the citizens from harm.
Hitch’s capabilities are relatively unknown, as he just emerged on the radar after arriving here in Seattle, so we will just have to wait and see just what Hitch is capable of and as well where his loyalties lie.
Page Written By: Shadow Writer

This is dedicated to all the warriors of the shadows who have fallen in the line of duty. RIP    Crazy Glue: Killed in the Jackals Lantern by an unknown assailant, Her Murder is still under investigation by SPD  Wallace: HRM member killed in the Scottish invasion of England. Rot in Hell Wallace  Tommy: Member of the Regulators recently killed by SPD    Grimm: Member and Leader of the now defunct Ministry, killed by SPD C-SWAT. During the Deaths Hand Invasion  Mr. Walter O'Neil (Sarge): Member of a group only referenced to as the Post Office, He was killed in … END_OF_DOCUMENT_TOKEN_TO_BE_REPLACED