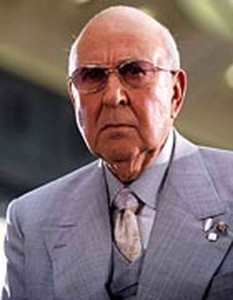 Bio: This is in no way a nice man, this man is mean straight to his core, Category 5’s black heart pumps vile black blood through his veins. This man is another old timer that would be an original if he actually worked in Seattle but this killer stayed out of the Emerald city and for that I am thankful. This shadow hunter is a master of all things that explode, as well as the use of biological agents but thats not the worst part about this assassin. This man is as well a rare adept breed known as the gun fighter, he uses his magic to enhance his already terrifying firearm skills and make them better. This man is a hunter with no soul and no home city to call his own, he travels from contract to contract making keeping tabs on Category 5 even harder. This man till recently has never stepped foot inside the Runner capital of Seattle and it looks like for us we are about to suffer a Category 5 storm.

This man is from those early days with the Ghost Dance and nights of blood, but for this man all that meant was an excuse to cause extreme pain and suffering and be able to charge a premium for his services. His family was killed but that didn’t matter to him any-more since they already exhausted there usefulness to him, his wife and family where a stepping stone for him to gain access to better technology and gain private access to one of Aries Arms testing sites. Once Category 5 gained access he cleaned the place out, murdered everyone inside and set the place to explode. This meant he murdered his father in-law and for him his wife was nothing more then a loose end and before he could kill her the natives did it for him.

Like I said before this man is inhuman and cold as ice, he just rode off into the night and ignored the pleas of even his children. He used the conflict as a way to get rich fast and this he accomplished, his skills with demolitions and toxins made him very valuable to the mercenaries that could afford his inflated rates. That’s how this monster wound up with the Patriots, Colonial could afford him and as well appreciated Category 5’s dedication to reigning death down upon the new found enemy. Colonial cared little about Category 5s past and only cared that he would stay loyal, and with this man credits spoke Colonial made sure he was well compensated.

During those early days this killer was working just for the credit and couldn’t give to shits, since the ends justified the means. Though over the years Category 5 came in contact with other Patriots and started to hear their stories and started to understand there plight was more then just money. They were fighting for a cause, that was bigger then he had understood prior and his mentality was changing. Through the years Category 5 went from being a narcissistic killer to one with a direction and goal. He took it on to himself to begin his form of genocide and brought to light the new terror of his arsenal, he would enter the world of being a shadow assassin. This is where the legends of Category 5 explode and this man would not only be able to slip into areas undetected he would be able to set his explosives and slip away before anyone was the wiser.

Colonial knew that Category 5 was a soulless killing machine and he used this man to the best of his advantage, he knew Category 5 would not care who or what he killed and didn’t care if he was pegged the fall guy. Since all this did was make his legend grow and have people fear him more, so thats just what Colonial did, if you remember those atrocities that befell the NAN during those days that where blamed on a Category 5 storm. Well this is that storm, he would just enter an area and slaughter a building, didn’t matter to him who was inside. As long as blood ran like a river and at the end the fires burned. Category 5 would strike any target he was ordered to hit, whether it was civilian or military it didn’t matter to this man, all he cared about was he was striking a blow for the cause, the credits were good and his legend grew.

After a while the media got wise and started to just refer to the events as tragedies of a Category 5 storm and he started to fade from the headline and breaking news to being mentioned in passing on the weather. This didn’t sit well with him in the least and Category 5 had one more trick up his sleeve and this trick nearly crippled the NAN sector of Denver and Category 5’s legend was back in the headlines. This man in a single night crippled Denver’s infrastructure, brought down there mass transit and unleashed a bio-plague that targeted specific DNA strands. He as well entered the NAN hospitals and let the blood flow before removing there emergency department. Category 5 left patients alive that night and just targeted medical staff and doctors. Though when he ignited the Emergency Room with his custom high explosive thermite bombs, countless innocent lives where lost. Category 5 caused so much panic in that district the media could no longer cover up nor hide the fact that this was not caused by a freak weather event. No they were forced to publicly announce that the terrorist known as Category 5 was behind the attacks, he has kept himself off the FBI’s list by striking only NAN targets though they are very interested in capturing the monster only known as Category 5.

This man has terrorized many other cities throughout North America, though till recently he always avoided Seattle. He is one of Colonials top assassins, and is still working today. Somebody must have really angered Colonial for him to dispatch category 5 here in Seattle and with no intelligence on his target or targets, the UCAS and Law Enforcement are in the dark with this major impending storm coming. This man is worse then Polaris, and makes the Ticker look like a teenage prankster with a cherry bomb. He is cross trained and his skills as an assassin are on par with the Badger, Panama, Gargoyle, Neo, Safari and Patches. This man is a true force of nature and has only one motivation and thats the complete and udder end to what he refers to as the enemy, the NAN and as of recently the Elves as well. Category 5 has come to Seattle and this is not a storm we might be able to recover from.

This is dedicated to all the warriors of the shadows who have fallen in the line of duty. RIP    Crazy Glue: Killed in the Jackals Lantern by an unknown assailant, Her Murder is still under investigation by SPD  Wallace: HRM member killed in the Scottish invasion of England. Rot in Hell Wallace  Tommy: Member of the Regulators recently killed by SPD    Grimm: Member and Leader of the now defunct Ministry, killed by SPD C-SWAT. During the Deaths Hand Invasion  Mr. Walter O'Neil (Sarge): Member of a group only referenced to as the Post Office, He was killed in … END_OF_DOCUMENT_TOKEN_TO_BE_REPLACED