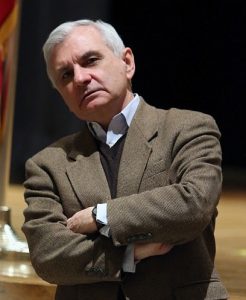 Bio: The Gargoyle is a master of the shadows and is a fully trained shadow warrior, he might be a white man but this adept has spent a majority of his adult life in Japan learning from the masters of ninjutsu. This man was born in the America and travelled around the world with his father who was in the military, this is where he meet his master in Japan and began the lengthy and rigorous training in the arts of ninjutsu. He was already deep into his training when all hell broke loose in America and sadly for the Gargoyle he was clueless and never heard anything of his homes ravaging, the death of his family and raping of his beloved homeland. He was to focused in his training and becoming a master shadow warrior, he had hoped to use his skills to aid his country as soldier. Little did the Gargoyle know he was about to become a weapon for a new army, and fight against a enemy that was domestic and not international.
The Gargoyle is a true master of martial combat and he holds the highest black belt rank of the Tenth Degree, he is absolutely terrifying to watch in combat and this man has proven why the ninja are to be feared and respected. When he came home he was taken aback as his home was gone. his family long dead and buried and the country torn asunder and engaged in yet another bloody Civil War. He did the only thing he could and he joined the Confederate forces, he joined these forces since he was born in the deep south in Mississippi and felt that fighting against Dixie was not something his Father would have wanted. The Gargoyle learned of the horrors of the Ghost Dance, the Nights of Blood and Rage, the Treaty of Denver while he served in the CAS army as a special forces soldier.
He at this point realised he had chosen properly and would join the SOTC shortly after the war had ended, he personally offered his services to Davis as a shadow warrior, Davis was thrilled to have a man with his skill and dedication in his ranks and put the Gargoyle to work removing valuable Native and Aztlan Heads of State and shamans. He also sent the Gargoyle on many shadow operations deep into the UCAS to eliminate threats to there cause. This is where the Gargoyle first met Colonel and the Patriots and learned that this war went even deeper than Davis had let on, like Forge Davis gave the Gargoyle a special serum to aid in his longevity so this shadow warrior could continue to develop his skill and keep fighting on behalf of the cause.
The Gargoyle has since added to his list of martial disciplines and even developed his own personal style, he has been a valuable asset to the SOTC and he has even done a handful of jobs for the Freedom Patriots. The Gargoyle is the ever observing eye that lurks where many never dare to tread. He has since become fully invested in the fight for his home and to avenge his fallen family. This man is master of the Japanese language and as well culture, he has been able to use the influence he garnered from his Clans Master to enlist the aid of the Yakuza. Most of the Yakuza heads fear the Gargoyle and for damned good reason.
He holds no loyalties to them and there criminal empire, he has already struck a blow against them on a number of occasions when they tried to double cross the SOTC. He has told them you are here as an ally an invited guest in this fight, you step out of line I make your life hell, my clan crushes your family both here and in Japan, and with such the Yakuza has been keeping there word and keeping things quite in the CFS and as well in Seattle. The Gargoyle knows that he will eventually have to cut his ties with the Yakuza and start to send them packing, but till that day comes he has no care about using the criminals as means to an end.

This is dedicated to all the warriors of the shadows who have fallen in the line of duty. RIP    Crazy Glue: Killed in the Jackals Lantern by an unknown assailant, Her Murder is still under investigation by SPD  Wallace: HRM member killed in the Scottish invasion of England. Rot in Hell Wallace  Tommy: Member of the Regulators recently killed by SPD    Grimm: Member and Leader of the now defunct Ministry, killed by SPD C-SWAT. During the Deaths Hand Invasion  Mr. Walter O'Neil (Sarge): Member of a group only referenced to as the Post Office, He was killed in … END_OF_DOCUMENT_TOKEN_TO_BE_REPLACED