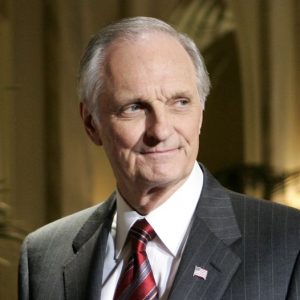 Bio: The Mortician well this man is a walking beast, he is a street samurai that should be a mercenary only do to his knowledge in tactics and his professionalism. Mortician prior to being a street killer was a trained funeral director and very skilled in the human anatomy, he also served in the Army first as a Green Beret and after being wounded on an operation he entered the funeral services division. This is where he received his training and once he left the service he opened his own funeral home and became what we would think is a respectable business man. Well the data crash changed that, this man was zeroed and he lost everything in a split second, this brought him from the wage slave world into the shadow’s. He was forced into being a runner by happen-stance  and his military training was put to good use fast.
Once the Mortician hung up the suits and ties for the combat gear, he quickly learned he needed an edge on the streets and that edge was cyber and eventually bio. He sunk the last of his saved credits into a street doc and what emerged was a stone cold killing machine. The Mortician entered the shadows at about the same time as the Professor so one could say he is the king of the street samurai’s, he formed a kinship with the Professor and then eventually the rest of the Originals. I am not sure how the street samurai evolved from a killer like Mortician to what they have become today, but everything changes with time. Mortician was involved in most of the early missions that would eventually define what a shadowrun was to become, he also was on some of the most deadly and legendary operations to date. These jobs are where he made his money and well eventually reopening his funeral homes under a new banner. I have tried locate his business to warn the general public to stay away, but I guess Mortician has some very good decker friends cause I cant find anything.
The one operation the Mortician was on with Stamps was called the Hive Buster, this operation was both sanctioned, and these killers where pardoned for there actions during this job. The Hive Buster job took place in 2049 and was located deep in the Redmond district. This job was what most would consider a nightmare in the making as it was a Toxic hive and it didn’t contain just one queen spirit but three. So basically it was three hives that merged into one large hive. This is a nightmare, as I know many runners who will do basically anything but face toxics and these where toxic bugs. Wasp spirits, Roach Spirits and Ant Spirits. The runners that where brave enough to A; accept the job from the Mayors office and B; face toxic insects were: Mortician, Stamps, Ring Master, Judge, Professor, Seven, Medusa, Coyote, Misfit, Skipper, Iceman, Nova, Samael and Mr. Black these runners teamed together to rid the city of a great adversary that if left unchecked would destroy us all.
The events of the Hive Buster are still considered classified and since it took place deep in Redmond there are no witness to events that are still alive to speak about it and those that where involved are not talking. I guess we will have to just deal with the multi movie franchise called THE HIVE to go by, and if the actual mission was anything like those movies, I can understand why know one is talking and this might explain why these men turned into the monsters we know today.
The Mortician, left the shadows not long after this job and walked right into the Deaths Hand to be with his fellow runners Professor and Seven, The Mortician uses his knowledge of anatomy and embalming to kill his prey very slowly, with his humanity gone he now is the man that the Hand uses to remove select targets and then embalm them while they live. He releases videos of his killings to the family’s of his victims as a message to not mess with the Hand. This man is a hunter killer and will not stop till the day he is captured or killed, he uses his many funeral homes as a cover for his dirty work. He is a member of the Hand and to be considered very lethal and never alone, reports indicate that he is back in Seattle on some mission for Alexander, who his target is, nobody knows, but we do know that whoever it is will soon suffer a fate worse then death. If you see the Mortician contact SPD or the FBI and do not try to apprehend on your own. He is to be considered armed and very dangerous, this man has multiple crematoriums at his disposal and can legally sign death certificates, you will vanish forever.

This is dedicated to all the warriors of the shadows who have fallen in the line of duty. RIP    Crazy Glue: Killed in the Jackals Lantern by an unknown assailant, Her Murder is still under investigation by SPD  Wallace: HRM member killed in the Scottish invasion of England. Rot in Hell Wallace  Tommy: Member of the Regulators recently killed by SPD    Grimm: Member and Leader of the now defunct Ministry, killed by SPD C-SWAT. During the Deaths Hand Invasion  Mr. Walter O'Neil (Sarge): Member of a group only referenced to as the Post Office, He was killed in … END_OF_DOCUMENT_TOKEN_TO_BE_REPLACED