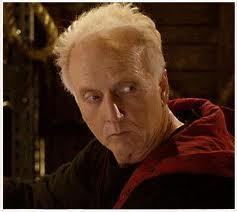 Weight: 175
Apparent Age: 50
Archetype: Med Tech
Preferred Weapon: Cougar Fine Blade
Runner Song:
Bio: Tobias is one of the leaders of the HRM. This man is basically never seen outside of their base camps, so little is actually known about him, except one thing. He likes to play a very deadly game where he has people kidnapped and throws them into a brutal game of survival. He makes people do awful things to each other or themselves at a mere hope of survival with a supposed life lesson learned, or something like that. I don’t believe any of that and think it’s just an urban legend and this man is just the groups doctor and they spin this tale about him to spark fear in the hearts of a city that Tobias might get you. Though I have heard that he does direct the Horror Squad and that’s some scary shit. A doctor he might be, but to command the Horror Squad well we know that they are all too real. So you might never meet Tobias, but his hand might still get you.

This is dedicated to all the warriors of the shadows who have fallen in the line of duty. RIP    Crazy Glue: Killed in the Jackals Lantern by an unknown assailant, Her Murder is still under investigation by SPD  Wallace: HRM member killed in the Scottish invasion of England. Rot in Hell Wallace  Tommy: Member of the Regulators recently killed by SPD    Grimm: Member and Leader of the now defunct Ministry, killed by SPD C-SWAT. During the Deaths Hand Invasion  Mr. Walter O'Neil (Sarge): Member of a group only referenced to as the Post Office, He was killed in … END_OF_DOCUMENT_TOKEN_TO_BE_REPLACED