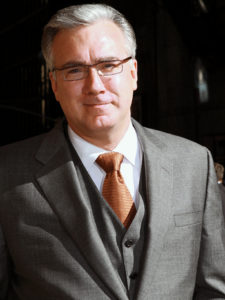 Bio: The man known as Arithmetic has returned to Seattle and my readers this is a very concerning fact, this old time runner left the game in the 2050’s to work deeper within the shadowy halls of the government; we have come to learn that he was in fact working within the Post Office the entire time and only operating as a runner to further the agenda of the infamous Mr. Black. Arithmetic is a cold calculating assassin and that is a master of probability and physics, this man uses the dread math formulas to further his goals and bring down his targets. This man might have only been within the shadows for a handful of years but in realty Arithmetic was quite skilled and has been in operation for many decades striking fear into the hearts of the government and any any that Mr. Black has decreed as worthy of death. This assassin once served directly alongside the feared Accountant and was his direct partner during his days in the CIA, these two men would become a scourge of the agency when the False Flag would begin to cement itself and turn against the people of the United States. Though ones political stance and views are not mine to judge, though for suddenly some of the governments top assassins to turn against their handlers and the agency directly, something must have been adrift. Our government was able to recover from the utter destruction that was paved by the Accountant and Arithmetic when they went rogue, though the CIA would never be the same and according to recent leaked internal documents the agency would go through complete reconstruction at the hands of Director Mitchell who would be appointed the Director of the Central Intelligence Agency after the disaster that was Arithmetic.

This man would unleash a level of attack directly within the home office that has never been seen before, when he would decide to vanish and slip into the mysterious Post Office; it seemed that Todd personally disagreed with the actions being taken by the CIA and other government agencies during the Great Tragedy and what wold become known as the Purge. This man would use his vast scientific knowledge to override the internal fire suppression system and cause the building to go into lock down under the threat of a terrorist attack, he would then override the power supply and cause it to overload and short out; thus triggering the fire suppression system to short circuit and seal the building down with all the employees, directors and agents trapped inside. This would cause those unlucky folks to become enshrined into their own personal tombs as the fire suppression system would unload heavy payloads of halon gas into the many sensitive areas; now this wouldn’t normally be an issue but thanks to the electrical manipulations and rewiring of the life support systems in the building, once maintenance would activate the back up power supply through the generators it would cause the entire system to go haywire and funnel the power directly into the ventilation system and thus cause the halon gas to be deployed throughout the building with the maintenance wing being the first unfortunate target. It would as well fully short out the buildings magnetic locking systems and cause them to further seal the building down, over two hundred people would perish in a very painful manner as their bodies where being depleted of oxygen and they would suffocate as the halon gas purged their bodies of the oxygen and left them with nothing but carbon dioxide and eventual death.

Now this was only a piece of the plan that Arithmetic would deploy as he went rogue, the other aspect was when he caused the internal computer systems to force download all the secured information to his personal laptop. He would steal countless sensitive documents, and while he was committing treason the Accountant would enter the building through the use of external respiratory systems and protective suits. While he was in the building he would secure many of the vials of toxins, biological agents and experimental hardware that the CIA had been working on; the Accountant would also make sure that any employee that was lucky enough to escape the halon gas would not survive the night. The main office of the CIA in Washington DC would crumble internally do to the actions of these men and force the government to use satellite locations unto they could undo the damage caused by the Accountant and Arithmetic.

Once the two men cleared the scene they would deploy a gas bomb that once the halon gas was finished and depleted would ignite and tear through the building torching everything that remained in conflagration. The government would make a snap reaction to the desertion of Arithmetic and Accountant by passing the power over to Director Mitchell and allow him to create his infamous Freedom Task Force. Though according to recently released records the government had already begun the process of creating this special task force and the training of many of it’s founding agents was already in the works; they would use this desertion as an excuse but in reality it was nothing but smoke and mirrors as the purge had already begun.

Now with Todd a wanted man and being hunted by the government agents of the Freedom Task Force one would think that he wold have no where to hide, and finding work within the government would be suicide, well thats not the case when your boss is Secretary Woodrow McDaniels; who is also Todd’s older brother. The McDaniels family was already quite angry with the UCAS and especially General James O’Brian for the unlawful execution of their brother during the Battle of Search Light in Nevada; so expecting to find Arithmetic anywhere but within the Post Office would be huge oversight. Though for the agents of the government this was something that they didn’t figure out till it was far to late and Todd had become fully welcomed inside the former government black site. The Post Office is still in operation today and is still fully funded and sanctioned by the government they have been at war against since 2018 and either it’s bureaucratic red tape or friends in the Senate that keep this department of cleaners in legal business or it proves that money talks and Mr. Black is far more influential than anyone ever figured.

Todd would be welcomed into the Post Office and become one of their top tier agents, hunting down the enemies of the United States and even start collecting and protecting the Presidents Men as they would become victim to the Freedom Task Force. Arithmetic’s primary target would be the removal of Director Mitchel and General James O’Brian, with his secondary targets being Agent Johnathan White and Bradley Wellton that seemed to be able to stay one step ahead of this master assassin. During the early days it would be Todd that would make certain that the Presidents Men survived the purge and stayed alive, seeing that the security of the nation depended on this order staying among the living; he would have numerous encounters with Agent Wellton though Arithmetic would be unable to finish him off before Agent Wellton slipped his grasp.

This would become an ongoing joke within the Post Office that some young upstart was able to avoid most certain death from a master such as Arithmetic, this would not sit well with Todd and he would become so obsessed with bringing down Agent Wellton that he nearly would get himself killed by making numerous mistakes and leaving himself open for a counter attack. Mr. Black would see that Todd was becoming super obsessed with Agent Wellton and in attempt to save this agents life he would remove him from the Freedom Task Force cleansing and place him deeper undercover to work within the Seattle Shadows as a Next Generation runner. Mr. Black wanted a direct agent to infiltrate the shadows of Seattle and gain a foothold in the new and ever changing shadows; Arithmetic was not pleased with being transferred but he understood his brothers reasons and so Todd packed his bags and boarded a suborbital to Seattle to play the part of a runner just entering the shadows.

Well this would have worked but he was far to skilled and the runners that were already in operation would notice that Arithmetic was not equipped, acting and dressing like a rookie and with raised eyebrows they would confront the man who they figured was a spy from the local police department on an undercover sting operation. Through magical and physical interrogation the runners would come to an understanding that Todd was not a undercover police officer and even though his story didn’t fully add up he was cleared. It also helped that Tesla, Phoenix and the Chemist would vogue for him. Todd would eventually be welcomed into the Mariners in 2053 and become their direct link between the professional world and the streets also Todd would use his vast knowledge of engineering, electronics, mathematics and toxins to enhance the Mariners and help the rise to the legendary team they would become.

While Arithmetic was working within the shadows of Seattle he would stay focused on his original task of setting up the information network for his brother and boss, the Post Office would gain a very strong hold within Seattle and be able to set up multiple strongholds within the many districts of Seattle do to the manipulations, threats and extortion’s of Todd. Though his membership within the Mariner’s was also very dangerous for his own safety as the media was starting to blast his image throughout the trideo and this would allow Director Mitchell to hone in on the rogue agent. By 2058 Arithmetic would once again be pulled from his duties and recalled back to the Post Office for a new assignment with Mr. Black sending another agent into Seattle to maintain his newly setup network.

This is dedicated to all the warriors of the shadows who have fallen in the line of duty. RIP    Crazy Glue: Killed in the Jackals Lantern by an unknown assailant, Her Murder is still under investigation by SPD  Wallace: HRM member killed in the Scottish invasion of England. Rot in Hell Wallace  Tommy: Member of the Regulators recently killed by SPD    Grimm: Member and Leader of the now defunct Ministry, killed by SPD C-SWAT. During the Deaths Hand Invasion  Mr. Walter O'Neil (Sarge): Member of a group only referenced to as the Post Office, He was killed in … END_OF_DOCUMENT_TOKEN_TO_BE_REPLACED