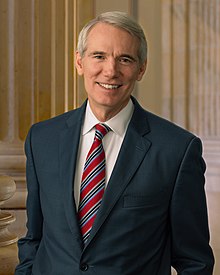 Bio: Mr. Recordman is one of the Yates bloodline that merged with the Davis family through marriage and has set up what appears to be the perfect suburban life as a recording company executive with tons of the top bands in the world that he represents; he as well make millions off their number one singles and the tours round the world, even in these turbulent times Mr. Recordman is able to guarantee safety and security at any of the concerts he produces as this an never wants to cut into his profits and as well cut into his propaganda spreading as he uses the bands and their number one singles to spread hate and deception throughout the world about the United Canadian American States (UCAS) he might seem like a kind man and one that ca be trusted but understand that he is a Yates and this is a family line known for their deception, hatred and bigotry as well as their partnership with the dreaded Deaths Hand. Mr. Recordman is not known as a runner and that can explain why he doesn’t show up on any radar or within the Brothers Grimm seeing that he is an elder of the family it would almost be fitting that he would be part of that dreaded team.

In reality this man doesn’t show up on anyone’s radar except the Jamestowns and that could only be do to the work he does during his day job and I could be reporting on a simple recording executive that is just part of two of the most dangerous families in the world and connected to the third though the order of lethality of these families is no direct order; Mr. Recordman wouldn’t have come across my desk if their wasn’t some dirty little secret about this Yates to be found and even though my investigators have came up with nothing over the last few months of working the case of the Recordman; I would have to assume that his connections have white washed anything negative and no one is willing to speak ill of a man connected to people like the Professor, Accountant, Powder Keg, Handler, Regal and Dixie. In most cases when people star asking to many questions about someone the Jamestowns have covered up meet a gruesome demise at the hand of the Death Bringer, Spectre or Necromancer not to mention anyone of those connected to the Brothers Grimm or the Davis-DiCane syndicate. I have even spoken with the outcast of the DiCane family simply known as Frogger and asked him about the Recordman and all he said was “That old bastard is still alive, he is a man that can’t be trusted and is a master spin doctor.” though this information comes from a runner known as Frogger that has in present days made a villain of himself and angered many of the cities most dangerous runners; at the time of the interview he was still just a regular runner as i would never have held a meeting with a child killer and put myself on the radar of those he pissed off. To anyone affected by Frogger I sincerely apologise and will help in anyway I can to bring this killer to justice; either legal or street justice to me a child killer and rapist deserves the worst.

Back to the Recordman at the time of the this article gets published Frogger is still on the loose and his cousin Anthony DiCane will have taken his new job within the Boston Proverb but that seems it wont stop Frogger. My opinion on the runner world and what they stand for might have been swayed a bit after meeting with Frogger seeing that he exhibits the worst attributes and fully owns up to the stereotype of what one would think a runner would be; though I have had a few other welcomed interviews with runners of Seattle both new to the streets and old time veterans throughout my carrier and when I hear the same words came from the Legendary Hatchetman to newcomer Whirlwind both well known Street Samurais “If a shot is fired, the job has failed and just bail.” These runners don’t seem to want to actually harm innocents even those that work for the companies they are breaking into; now this doesn’t apply to all runners as we all know their is a total classification of professional assassins that work as erasers or cleaners and these runners I can’t respect as they make a living through blood money.

My only opinion about Mr. Recordman is that he is a propaganda artist and spin doctor for the Jamestowns and maybe there is more hidden within his street handle of Recordman as many runners handles mean more than they appear; but again this is only a hunch and I can not confirm nor deny these claims and anyone with information on the Recordman please contact me at my office Monday through Friday at the Seattle World News Headquarters all calls will be held in the strictest of confidence as I still follow the Freedom of the Press and Speech; I am not a reporter that looks at only one side of the news and will actually only report what I know a fact. That’s why I keep saying in my opinion when it comes to the Recordman. I can’t trust the words of Frogger and I won’t report the other words he said and it sickens me as a professional journalist that ha been trained to red people that I missed the signs of Frogger’s direct threat to the city and her people and just wrote it off as the ramblings of an angry teenager.

Anyone needing assistance in capturing the criminal Frogger please feel free to reach out to me as he said a few things on the record that I can dispense to the proper authority whether it be runner or law enforcement; I will do my civic duty to help bring that man to justice. As for the Recordman I wish I could report more on this man but I don’t want to endanger his family or him if he is just an innocent man caught up within the tangled web of this blasted revolution. My personal opinions are improper for me to report on the revolution and could cost me my employment or even my freedom under the new articles within the ratification. Also to report negative press on anyone connected to the Jamestowns is endangering the lives of my own family and myself so I will leave this article off here saying that to all the runners out there you have a friend in the media and thats me you can look up my office hour and extension from my name and I will try my best to help you all out; this even applies to the professional assassins, and rebels as I understand the casualties of war and accidents happen. I was a trial lawyer for thirty years before becoming a journalist and if my experience can help you than please give me a call at 206-555-2356 and with that have a good night Seattle and hats off to you Mayor Krieghoff.

This is dedicated to all the warriors of the shadows who have fallen in the line of duty. RIP    Crazy Glue: Killed in the Jackals Lantern by an unknown assailant, Her Murder is still under investigation by SPD  Wallace: HRM member killed in the Scottish invasion of England. Rot in Hell Wallace  Tommy: Member of the Regulators recently killed by SPD    Grimm: Member and Leader of the now defunct Ministry, killed by SPD C-SWAT. During the Deaths Hand Invasion  Mr. Walter O'Neil (Sarge): Member of a group only referenced to as the Post Office, He was killed in … END_OF_DOCUMENT_TOKEN_TO_BE_REPLACED