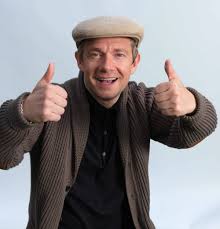 Weight: 135
Apparent Age: 40
Archetype: Physical Adept: Circle Unknown
Preferred Weapon: Sickle
Runner Song:
Bio: Well when it comes to the runners from Europe migrating over here to the UCAS, one would be concerned since Europe does have some monsters that are better off staying on the other side of the pond. But with the war ragging in England and the Deaths Hand controlling a vast majority of the troubled continent the Euro runners have needed to either take on employment that goes against their own personal ethics and morality or seek employment else where in order to survive. The Deaths Hand is a cruel employer and many of the European runners end up being loose ends at the jobs end, and this is what happened to Gumby. He was forced to evade the Deaths Hand hunters and seek refuge here in the UCAS and eventually within Seattle.
His troubles with the Hand have not ended since he arrived in Seattle and after a very long conversation with the Hand cleaner known as Captain, Gumby was given an opportunity not many ever receive and that was a free pass. He was no longer to considered a loose end as long as he stayed out of Europe and he assisted Captain on his personal quest. Gumby choose wisely and sided himself with Captain instead of loosing his life at the Captains hands. Gumby is a good man and has a good soul, but he can understand the plight of the Patriots and can sympathize with there cause, he comes from a family that was exploited and enslaved by British nobility and forced to serve as domestics till a debt was paid off. Well for Gumby he had enough of forced servitude and he murdered the enslaving elven nobles and walked off into the shadows and never looked back.
Gumby has sided with the Captain after the two men had a heated discussion and Captain ensured him that this was not a Deaths Hand operation and that this was pay back, the Captain is out for blood and he wishes to avenge his friends death. Frodo understanding the situation and looking for a escape from the Deaths Hand hit squads took the man up on his offer and now Gumby is serving under the Captain and hunting down the enemies of Seattle and searching for the assassin that murdered the Captains friend.
Sadly there is not much to report about Gumby since he is from Europe and only recently has he even made a blip on the radar. Though I suspect with this man working side by side with Captain he will make a serious name for himself here in Seattle and Gumby will become just another murderous bastard like the Captain. Till then we will have to wait and see what becomes of Gumby and what impact he has on the war, and what happens when he comes face to face with other fellow Euro Runners and the law. For now UCAS citizens and loyalists beware the Captain is forming a death squad and he has your number.
Page Written By: Shadow Writer

This is dedicated to all the warriors of the shadows who have fallen in the line of duty. RIP    Crazy Glue: Killed in the Jackals Lantern by an unknown assailant, Her Murder is still under investigation by SPD  Wallace: HRM member killed in the Scottish invasion of England. Rot in Hell Wallace  Tommy: Member of the Regulators recently killed by SPD    Grimm: Member and Leader of the now defunct Ministry, killed by SPD C-SWAT. During the Deaths Hand Invasion  Mr. Walter O'Neil (Sarge): Member of a group only referenced to as the Post Office, He was killed in … END_OF_DOCUMENT_TOKEN_TO_BE_REPLACED