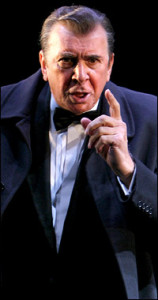 Bio: I will know regale you with the tale of Moray, this man is the pirate of pirates. He is the second in command of the entire Sea Wolves and has been Ratchets second in command since day one. Moray has not an ounce of humanity left in his body and he see’s the world through an entirely different perspective Moray is able to predict the movements of his pray long before they even dare to move a muscle and do to this sixth sense he has never lost a battle that he ever engaged in. Moray is not a direct member of the Lycanthrope but he does travel on the flagship on occasion, and for Moray he has no fear and their has never been a man born that has been able to best him in battle.

This man has no fear, no soul and has sea water for blood so trying to deal with Moray will only end in a death, and he is more then content to cut down someone before speaking with them. Moray doesn’t concern himself with the civilities of sparing life or showing any sort of compassion, he actually punishes severely those that do. When it comes to a battle at sea most vessels will just surrender then fight if they learn that Moray is commanding the Wolves. They would rather deal with Ratchet then Moray and that is not saying much, just Ratchet is more likely to not sink the vessel and spare the civilians. Moray will just sink it and let his salvager’s claim the loot, for Moray doesn’t put any value on life and it’s cheaper and less risky for him to just sink a ship and then salvage what they can from the cold dead corpses.

Moray has a serious problem with the people of Aztlan and has been engaging the people of that poor nation for some time, and he will not relent and allow them to rebuild or regroup. He has ordered the Wolves to sink any cargo vessel that even dares to enter Aztlan waters, he would rather see their food rotting on the sea floor, then on the tables of the people of the nation. This is not the only brutal thing that this man has done, Moray is the only man alive to challenge the Man in White to battle over an island territory that the Deaths Hand had staked claim over. Well according to legend, Moray was able to defeat the Man in White and sent the Deaths Hand packing off the island and back to the main land. Telling him “You might be the lord of the land, but I am lord of the sea.” To this day the Canary Islands are still under the control of the Sea Wolves and the Deaths Hand have not dared to attempt to reclaim the lost territory. Though I believe and I can’t believe I am saying this, the people of those islands might have been better off under Deaths Hand control then under the rule of Moray.

This man has been sailing the seas for many a generation and was already a pirate long before the rise of the Sea Wolves, as he worked along side the Governor and Poseidon as a Crimson Blood and do to personal differences Moray left the employ of the Bloods to fight alongside Ratchet and the new Sea Wolves. Some say that if it wasn’t for Moray’s vast knowledge and skill, the Sea Wolves would never have become the powerhouse they are today. As for the tales of Moray their are so many, that it is hard to pick the best to report, though for anyone who has ever worked on or near the sea will regale you the tales of Moray and his ultimate brutality. This man might seem like an easy mark, but that would be a very fatal mistake, their are reasons people do not dare to even fight Moray for he alone can clear an entire battleship and turn it into a ghost ship. We know this cause he has done it, on more then one occasion.

Moray moves with surgical precision, strikes with the speed of light and can blend into the tiniest of shadows and crevasses. He is skilled with a Katana and just as deadly if not more with a crossbow and some say that Moray was the man who trained the legendary Aeon but the jury is still out on that one. This man has been seen in multiple locations that don’t make sense since he can’t be in Hawaii one minute and then seen off the shores of England the next and then in the Canary Islands the next. So their has to be some sort of duplicates or body doubles to make this happen, but his reputation and legend are more then enough to scare most people directly into submission.

Moray has been seen inside Seattle as of recent speaking with General Fitzgerald, what they were discussing is unknown but it must have had something to do with the heavy increase of mercenaries arriving daily to lend a hand to the war. I do hope the Sea Wolves are not up to something more nefarious and with Moray that is a serious possibility. Moray has also been on the lookout for a young cybered mercenary from Africa that has been brought to North America; as he was alerted of this young man from a mercenary friend of his Otacon. Again for what purpose Moray is seeking this person is not known but it must have something to do with the Sea Wolves and their consent need for mercenaries to work as boarding crew.

Do yourself a favour and if you come in contact with Moray, don’t make any sudden movements and hope that this predator is not willing to get his suit bloody and will leave you be. Though otherwise just try to stay out of his path and remember this is a Sea Wolf they are never alone and if Moray is on the prowl he will have some serious back up with him. He is a fierce predator and everyone is pray to this man, so understand in the grand scheme of things this man is a true apex predator and you are nothing more then a brine shrimp.

This is dedicated to all the warriors of the shadows who have fallen in the line of duty. RIP    Crazy Glue: Killed in the Jackals Lantern by an unknown assailant, Her Murder is still under investigation by SPD  Wallace: HRM member killed in the Scottish invasion of England. Rot in Hell Wallace  Tommy: Member of the Regulators recently killed by SPD    Grimm: Member and Leader of the now defunct Ministry, killed by SPD C-SWAT. During the Deaths Hand Invasion  Mr. Walter O'Neil (Sarge): Member of a group only referenced to as the Post Office, He was killed in … END_OF_DOCUMENT_TOKEN_TO_BE_REPLACED