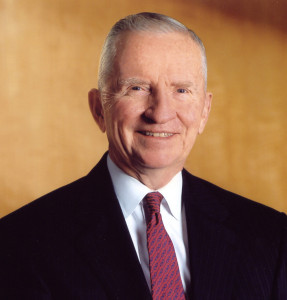 Bio: Well through extensive research I found another well concealed member of the Patriots roster, this man known as Diesel is you guessed it a Rigger. Diesel is not like most Riggers I post on this site, he is a true rigger and is completely at home in his vehicle, his skills outside are not documented so take it for what it is. He might be like other riggers of his generation and be a beast both in and out of his vehicle or he could be weak outside the rig so take this man with a grain of salt, he has kept himself basically off the radar for decades. Diesel is another of those old school runners that had his life torn asunder during the Ghost Dance and nights of blood but this man wasn’t personally affected like many of his colleagues, no he joined the Patriots and is fighting against the NAN out of pure patriotism for him it is for love of God and Country.

Diesel came from humble beginnings and received a vast majority of his training while he served in the United States Army Armour Corps, and he holds a masters in electrical engineering. For this man was married to his career so he never settled down and started a family, and he never had the perfect life that was disrupted during those bloody nights. He just went wherever Uncle Sam told him to go, and for that Diesel was lucky to avoid the trauma of those days. Though this man was unlucky and became very disgruntled when he had to sit back and watch as his country and countryman where being raped and slaughtered and do absolutely nothing. This is when Diesel decided to just walk away from his station and turn his back on the Army for he felt strongly that something needed to be done to right the wrong that the natives had unleashed. So Captain William McAndrews slipped silently into the darkness and emerged reborn as the rigger known as Diesel.
He quickly joined the resistance that was forming and became a soldier for hire, using his skills and the stolen tank to strike back at the native forces, this man was well received by many of the mercenary bands of the day for his complete professionalism, his code of honour and pure nationalism and patriotism. Diesel didn’t ask any questions, when it came to the orders he received from his commanders and he completed any task set before him. This dedication and his flawless service record drew the attention of the Patriots commander Colonial, and Diesel was offered a position inside this fledgling mercenary camp. Colonial even offered to restore Diesels commission as long as he was willing to keep bringing the fight directly to the NAN and the enemies of the United States. Diesel agreed and the rest is history, this man has served the Patriots proudly since those early days and he has never faltered in any manner shape or form.
As a shadowrunner, we know Diesel did some work in those early days with some of the cities legends, and eventually was spotted by famed runner Vortex and offered a station inside the Old Guard, by this point Colonial and the Patriots were forced underground and had to strike from the shadows do to a peace treaty known as the Treaty of Denver and any military action taken against the NAN would constitute a declaration of war and the UCAS would come down hard and quick on the once legal mercenary camps to prevent this. Also there was a Civil War raging on and the world as we know it today was being formed. Diesel knew that joining this fledgling team would allow him to continue striking at the throat of the NAN and the enemies of the US. Over the years, Diesel made a name for himself, with his tactical abilities and his instinctive of vehicle combat. Once the Old Guard was fully staffed, there actions as a team could be felt fully by both the NAN and the UCAS, they struck at many nerve centrers for both governments. The only issue was Diesel wasn’t getting any younger and he felt his skills and his reaction time fading, he tried to ignore this fact but age has a sneaky way of reminding you, that your not getting any younger.
He finally expressed his concern to the team commander Vortex, this is when he was given a strange pill and he felt the ill affects of his age fade and Diesel was reborn with new found energy and vigour. Though eventually through the warnings of Fable, the Old Guard decided it was time to call it quits and walk away into the shadows, this is where Diesel fell off the radar and I can only assume he reconnected with Colonial and the Patriots. Diesel hasn’t been seen since those early days back in 2053 and now two decades later he has resurfaced back in Seattle and reclaimed his post inside the Old Guard, What he was doing while he was a way is a mystery, but he managed to keep his skills sharp and his heart is still as pure for the cause today as it was decades earlier. The Old Guard has returned to the streets and there goal is to protect Seattle and her people from the evils of the NAN, If you see Diesel on the streets, remember he is a soldier and fighting for a cause that is just and pure, he is fighting for Lady Liberty and your right to live free. This man deserves your utmost respect for he has shed blood and tears, for nothing more than to keep you safe and allow you to remain free, Diesel I salute you, I as well thank you for your service to allow me to remain free.

This is dedicated to all the warriors of the shadows who have fallen in the line of duty. RIP    Crazy Glue: Killed in the Jackals Lantern by an unknown assailant, Her Murder is still under investigation by SPD  Wallace: HRM member killed in the Scottish invasion of England. Rot in Hell Wallace  Tommy: Member of the Regulators recently killed by SPD    Grimm: Member and Leader of the now defunct Ministry, killed by SPD C-SWAT. During the Deaths Hand Invasion  Mr. Walter O'Neil (Sarge): Member of a group only referenced to as the Post Office, He was killed in … END_OF_DOCUMENT_TOKEN_TO_BE_REPLACED