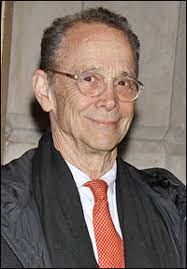 Bio: The man, the myth, the legend known simply as Wake is who I will next unveil and bring his story to the masses. The mercenary known as Wake is not a man that should ever be underestimated and even though he has a warming smile on his face, this doesn’t mean he is as nice as he might seem. Wake earned his name from the many people he made arrive early for their own funerals, this hunter killer doesn’t show any sort of remorse for those that he kills and his mercenary code is so loose that I am not even sure that he can actually be considered a mercenary and more a cleaner for the Brotherhood. This seems like the only plausible explanation as to why this man with such a loose code of morale conduct could even still be on the roster with others that frown on senseless and cold blooded murder.
Wake is a true hunter of the biggest game out their and that being man, he has no trouble stalking us down and bring an end to even the most troublesome target. This man goes after anyone that seems to be on the Brotherhoods radar and has never been seen directly on the battlefield, this is the man that will be unleashed if your bounty is considered high and since he works for the order that placed it, Wake gets paid regardless if you live or die and for him there is only one option and that’s sadly death.
How this man kills is by sinking his blade deep into your flesh or removing your head and leaving a headless torso for the witnesses as he always leaves the scene of the crime with your head. You don’t even want to know who many headless bodies litter the cemeteries throughout the world after a meeting with Wake. This man steals the families last chance to say goodbye to their loved ones intact body, and only through fingerprint and DNA analysis can the victims identity be confirmed. Wake on the other hand is only stealing the heads to verify death and receive his payment, according to reports from various law enforcement agencies, they have found the partially decomposed severed heads of the victims discarded in dumpsters long after the burial of the body.
Wake has never been scene in combat and he has never been seen by any witnesses prior to the murdering of the said victim, and the only accounts are of those that have seen a man resembling Wake leaving the scene caring a heavy satchel that was dripping blood. Though when they went to investigate, he was gone and so were the blood droplets and so the legend grew and the myth was born. Wake has used this legend to further secure his place amongst the top of the cleaners and legends of the art of murder. He has used the fear that comes from having ones head removed to keep many in line and any with a bounty from the Brotherhood must live in terror of the presence of this smiling killer that will steal more then just your life.
I can’t say many have committed suicide over dealing with Wake, but what I can say is many have adapted a new lifestyle and others have just tried to go off the grid. Though this doesn’t seem to slow and even stop Wake from finalizing the deal, the only proven tactic to keep your head attached is to just turn yourself into the Brotherhood. Though this is also very hazardous cause, if they have a bounty out on you they are not looking to have you rot in jail. They are looking to execute you, so turning yourself in only means yo are in control of your own destiny and choosing that you would rather hang then face the blade of Wake.
Sadly there really isn’t much to report on, when it comes to the legend of Wake, this man is to good at what he does and has kept his nose as clean as he can and has staid of the radar and dealt with any and all witnesses in a timely fashion. This man is a myth and legend and many know his name, but when they are asked about him, they really can’t recall any specific information about him. Wake has done a good job allowing himself to become nothing more then a legend and this I feel he fully enjoys.
So in conclusion when it comes to this assassin and hunter, one must be very careful. He is a mercenary, and he is a bounty hunter this means that the criminals of the Brotherhood are his to deal with. Though don’t rest easy, Wake will not be above coming after any other bounty if it’s high enough though he seems to be smart enough then to trust the World Court. So if you find yourself in the presence of Wake, remember that it was you’r own actions that led you to this point and you only have yourself to thank as your head rolls to the floor leaving behind your headless body and loved ones to grieve your passing at your wake.
Page Written By: Shadow Writer

This is dedicated to all the warriors of the shadows who have fallen in the line of duty. RIP    Crazy Glue: Killed in the Jackals Lantern by an unknown assailant, Her Murder is still under investigation by SPD  Wallace: HRM member killed in the Scottish invasion of England. Rot in Hell Wallace  Tommy: Member of the Regulators recently killed by SPD    Grimm: Member and Leader of the now defunct Ministry, killed by SPD C-SWAT. During the Deaths Hand Invasion  Mr. Walter O'Neil (Sarge): Member of a group only referenced to as the Post Office, He was killed in … END_OF_DOCUMENT_TOKEN_TO_BE_REPLACED