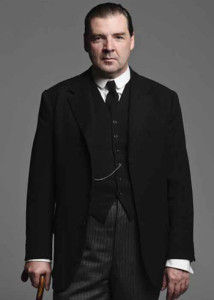 Weight: 185
Apparent Age: 45
Archetype: Physical Adept: Circle: Unknown (Never Registered)
Preferred Weapon: Sword Cane
Runner Song:
Bio: This adept has become a real problem child since he arrived here in Seattle from London, he is basically nothing more then a serial killer that has managed to make a living with his craft as a professional assassin. Falconer has come to the UCAS to avoid arrest in Europe and escape the Deaths Hand invasion of England, for him the war in his home country is not beneficial and he has been given a contract from his benefactor. The Falconer works for the known pirate the Governor and has been given a few contracts here in the UCAS. Little is actually known about the Falconer and he has managed to maintain a very low profile regarding his abilities and skills. Though the bodies he has left scrawled across England have sent shivers of fear through the nation.
The Falconer is a man of mystery and the only known aspect about him is that he was trained by the infamous Crab and works for the Governor. Other than that he is a mystery and myth, the Falconer is a master of the shadows and is true silent killer, whoever he has been dispatched to remove is surly not long for this world. Falconer is the out stretching arm of the Governor and this is a truly frightening aspect of that man’s power.
The Falconer is wanted on six continents and has killed thousands through his lengthy career as an assassin and that doesn’t include those he murdered for the sheer enjoyment of it. He has no value on life and no one is safe from his blade; man women and child it doesn’t matter to the Falconer as long as death is the final outcome. He relishes in pain and suffering of others and the more tears that are shed over his victims the happier he is. So do yourself a favour keep a close eye to the shadows and be on the lookout for the Falconer or you might just become another victim for this soulless killer.
Page Written By: Shadow Writer

This is dedicated to all the warriors of the shadows who have fallen in the line of duty. RIP    Crazy Glue: Killed in the Jackals Lantern by an unknown assailant, Her Murder is still under investigation by SPD  Wallace: HRM member killed in the Scottish invasion of England. Rot in Hell Wallace  Tommy: Member of the Regulators recently killed by SPD    Grimm: Member and Leader of the now defunct Ministry, killed by SPD C-SWAT. During the Deaths Hand Invasion  Mr. Walter O'Neil (Sarge): Member of a group only referenced to as the Post Office, He was killed in … END_OF_DOCUMENT_TOKEN_TO_BE_REPLACED