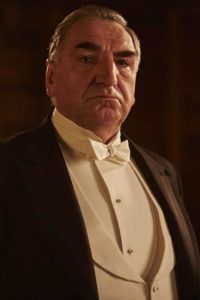 Bio: Well here we have another original, Deicide was running the streets in the Early part of the 2040’s and can now be found mostly warming a bar stool at the lucky 38. Though my fellow readers don’t under estimate this old man as being stagnant, Deicide is a killer and his body count could fill the Sonic’s Arena. When Seattle was being over run by bug spirits back in 2050 Deicide was there fighting along side Fable, When the NAN tried to invade after Gremlins assassinations of the chiefs, you you guessed it Deicide was there, Deicide is man of wealth and royal blood. Rumour has it that he is an actual Knight of the Crown, who found a new home here in Seattle and through his long carrier he never took a credit. He did what he did for Seattle and it’s people. Now this being said, He is still not a very nice man and will kill you without second thought, Deicide’s list of accolades is long and he has done so much good for the city that even the previous Mayor had pardoned him for his crimes and given him the key to the city.
Deicide will gladly assist any new breed shadowrunner with information for a price, and aid if needed. but his ultimate goal is the complete destruction of the next generation of shadowrunners. He has stated, “Bow out now or face my wrath, for I am Deicide, I am the killer of Gods.”
he is reportedly working with his good friend Gremlin and assisting in the recruiting for his team and even offered his services to the Gremlin if needed.
I feel that he is grown to be misguided and should understand that without the next generation of runners there would be no Seattle.

This is dedicated to all the warriors of the shadows who have fallen in the line of duty. RIP    Crazy Glue: Killed in the Jackals Lantern by an unknown assailant, Her Murder is still under investigation by SPD  Wallace: HRM member killed in the Scottish invasion of England. Rot in Hell Wallace  Tommy: Member of the Regulators recently killed by SPD    Grimm: Member and Leader of the now defunct Ministry, killed by SPD C-SWAT. During the Deaths Hand Invasion  Mr. Walter O'Neil (Sarge): Member of a group only referenced to as the Post Office, He was killed in … END_OF_DOCUMENT_TOKEN_TO_BE_REPLACED