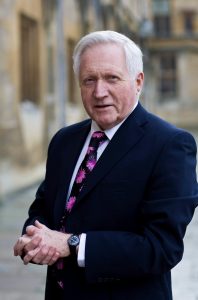 Weight: 160
Apparent Age: 70+
Archetype: Decker (Yes), Reporter (Yup), Cybered Gunner Adept of Ungodly Circle (YUP), Full Fledged Assassin of the Royal Division (Yup): Run away and never look back!!
Preferred Weapon: The Needler is the nicest weapon he uses. Hell Forge Stormrider Assault Mini Riffle…..this is a mini gun people that is an as small as an HK 227, and slings more lead than a HV Vindicator Mini Gun.

Bio: Hound is an investigative journalist and seasoned decker, this man uses his news credentials to enter locations other wise he would be barred from. Once in it takes him mere seconds to infiltrate the computer network and steal private and crucial data, Most deckers are basically non combative not the Hound, no this man is a seasoned combat veteran and has been part of the Elite for many years. He once served on the CAS military and he as well fought in the Second Civil War and did some serious damage to the UCAS military by infiltrating the intelligence bureau and modifying troop movements and sending squads to a most certain death at the hands of CAS or Sons ambush. This bastard somehow after the war vanished and it wasn’t till now that I have found him still working in the News and he is <<<<<<FILE ERADICATED>>>> Lets play hide and seek, you son of a bitch, problem is the Hound has already found you. It’s more now seek and destroy. You have to now guess who I sent to remove you from this earth! Hey Seven I don’t even want the bounty doing this one for free!

This is dedicated to all the warriors of the shadows who have fallen in the line of duty. RIP    Crazy Glue: Killed in the Jackals Lantern by an unknown assailant, Her Murder is still under investigation by SPD  Wallace: HRM member killed in the Scottish invasion of England. Rot in Hell Wallace  Tommy: Member of the Regulators recently killed by SPD    Grimm: Member and Leader of the now defunct Ministry, killed by SPD C-SWAT. During the Deaths Hand Invasion  Mr. Walter O'Neil (Sarge): Member of a group only referenced to as the Post Office, He was killed in … END_OF_DOCUMENT_TOKEN_TO_BE_REPLACED