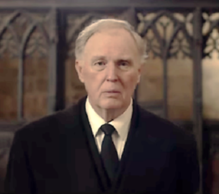 Bio: Well, well its time to speak about Lord Milton a man known simply as Aztec and for good reason; he is the King of Mexico well maybe just a small region on the Gulf Coast that is ruled by Lord Milton and kept free of the trappings of the Aztec Government. This region s known for its tourism, pirates, and well vast wealth and opulence that only a British nobleman can bring to a war torn region. This man has proclaimed himself the King of Mexico and well you can guess that nobody stopped him and he has been dumping millions into General Drexel’s war fund and this keeps that curmudgeon happy and out of Lord Milton’s territory it’s a unholy alliance that will not end well for the natives of Aztlan as Lord Milton as well has a vast military and access to superior naval and air power; not to mention the Sea Wolves, and Crimson Bloods that dock in his waters nightly.

Lord Milton is at heart a good man, though he is very old fashioned and holds disdain for Spain and well the Latin people do to their connection to Spain; he is an Englishman that never got over Spain’s attempt to invade England but don’t think he has any love loss for the French either. Aztec employs strict rules and harsh laws to keep his region secure and yet turns a blind eye to the Pirate Clans as he hangs Aztlan citizens that break the law; yes the gallows are open in Old Mexico and he installed an express lane. Their is no appeal, no begging or paying off the hangman to spare your neck; his nooses are also coated in anti-magic serum and his hangman are all guild members of proper grooming, upbringing and training; so expect no mercy from them or Lord Milton who personally oversee’s and at times takes part in the executions and when he does kiss your ass goodbye.

If you are Caucasian you are in for a treat as Old Mexico is your oyster and only the best for you in Lord Milton’s land; if your native of Aztlan the best you can hope for is a wage slave job of the most epic raciest proportions, and well other races and creeds are not treated equal in Lord Milton’s eyes either their is segregation and don’t think being a women will spare you either unless your a known rebel than his sexist laws don’t apply.

All hail the King as Lord Milton approaches, he is the ruler of this land called Old Mexico and his land is a true British Colony; you can bet your bottom dollar that he has worked a deal with General Drexel to absorb all of Aztlan into Old Mexico once the holocaust is complete and than he can rule truly as King of Mexico. We unfortunately can’t report much else on Lord Milton do to the data loss that General Drexel has caused and the severe might of Lord Milton’s decker pool and cyber security division. This man is an enigma of the greatest level and even him being a Kingsman is speculation as Lord Milton is not on any official registry though having witness reports to his skill with the blade being on par with Rags, Anchor, Old Joe and Pendragon this makes me very sceptical about him not being part of that order or any other order you don’t earn a handle if your just a noble doing noble things, only through action can one earn a moniker and especially a song his karmic influence is far above any normal nobleman.

Page Written By: I am not stupid enough to leave my name

This is dedicated to all the warriors of the shadows who have fallen in the line of duty. RIP    Crazy Glue: Killed in the Jackals Lantern by an unknown assailant, Her Murder is still under investigation by SPD  Wallace: HRM member killed in the Scottish invasion of England. Rot in Hell Wallace  Tommy: Member of the Regulators recently killed by SPD    Grimm: Member and Leader of the now defunct Ministry, killed by SPD C-SWAT. During the Deaths Hand Invasion  Mr. Walter O'Neil (Sarge): Member of a group only referenced to as the Post Office, He was killed in … END_OF_DOCUMENT_TOKEN_TO_BE_REPLACED