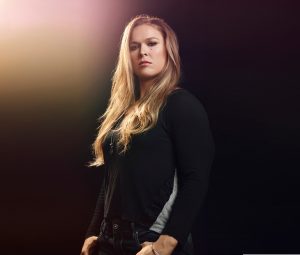 Bio: This women scares the living shit out of me, she is the wife of Prince Sly Grimm and what we thought was just a simple noble housewife is a just a rumour that the Crowns spin doctors spread about Anthrax and thats exactly what they want you to believe about this master killer. Melody is the sister of the Jackson Puck and has been all around the world causing tragic deaths to anyone the Brothers Grimm determine to be the enemy of the their state; she would eventually meet Sly and it would be  perfect union and they would bring the terror known as Ecto One into this world. Anthrax is a master of virology and toxicology as she has been schooled by her brother and as well holds multiple doctoral degrees in these subjects from some of the worlds most elite universities; what is even scarier is that she is as well part of the Gargoyles ninja clan and is the third in command of those shadow assassins and as well helped Colonel develop the cleaner program that he currently still employs and has beyond mastered.

Anthrax also stole the secrets of the Elves master paths, the way of the Warrior, the Way of the Bard and the Way of the Rye and has shared these secrets with many within the rebelling orders and we can thank her for the Bard, Rabbi, Ringmaster, Dentist and many others that she remains close with. You can bet your bottom dollar that she shared these secrets with her Clan Masters and many within the Grimm family, this family line seems to have remained in the shadows for decades and only now are we finding out about them and their impact in this world. Anthrax is a nasty bitch that doesn’t tolerate anything and will break your neck with just a snap of her fingers this is one of the baddest bitches in the world and this reporter recommends that you stay clear of Anthrax though if you see her you are already infected and just a walking corpse.

This women is part of the reason that Sly was able to just dictate that he was a Royal and is the true King of Ireland and she uses her vast knowledge to aid in the extinction of the Elven race and keep the camps ovens burning, Anthrax is just one woman that you need to avoid cause any female worthy of being a Grimm and standing tall with the males in that family should be truly feared seeing that they tend to keep their wives and daughters tucked away and yet Sly has allowed his bride to continue working he expects only the best from Anthrax though she has truly earned her place in the Brothers Grimm she is still not allowed to join that fraternity of assassins. Seems the Brothers Grimm are a bit sexist and yet they continue to look towards Melody for assistance when needed in the same way they treat Ultra Violet.

Anthrax doesn’t care that she is not officially on the roster of the Grimm do to the fact she is the wife of Sly and she is within the worlds most feared ninja clan and that is where Anthrax prevails; she is just a genocidal killer that claims to be a mercenary but in reality she works only for the rebellion and their fight against the governments of the world, she ………………………………………………..

This is dedicated to all the warriors of the shadows who have fallen in the line of duty. RIP    Crazy Glue: Killed in the Jackals Lantern by an unknown assailant, Her Murder is still under investigation by SPD  Wallace: HRM member killed in the Scottish invasion of England. Rot in Hell Wallace  Tommy: Member of the Regulators recently killed by SPD    Grimm: Member and Leader of the now defunct Ministry, killed by SPD C-SWAT. During the Deaths Hand Invasion  Mr. Walter O'Neil (Sarge): Member of a group only referenced to as the Post Office, He was killed in … END_OF_DOCUMENT_TOKEN_TO_BE_REPLACED