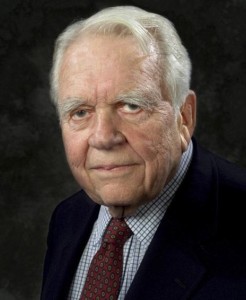 Bio: Well when one begins to speak about the man known as Raccoon only one word come to mind and that is “Thief” and thats what this man is. The Raccoon has been working inside Seattle for many a decade and in can be argued that he isn’t actually a runner but just a career bugler. Though his skills at breaking and entering are beyond legendary and there isn’t a single building in all of Seattle he either hasn’t broken into or can’t break into and for this man breaking and entering is actually a hobby. Now that should scare the crap out of the readers here, that the infamous Raccoon is actually a part time hobbyist. His actual line of work you ready for it, he is a reporter and news anchor for the Seattle World News, and like all the other damned reporters on this site has taken to a life of crime to advance his career professionally.
The Raccoon has been living and working inside Seattle his entire life and their is no one who knows the city and it’s underbelly better then the Raccoon. He has written multiple books about Seattle and it’s workings, he has infiltrated the underworld on a number of occasions and we now see how. He is also partially responsible for the Seattle Police Department regaining a foot hold and ousting the other Law Enforcement agencies, this man has had his hands in so many pockets through the years, one can’t think of a situation the Raccoon has not been part of.
As hard pressed to find something he hasn’t been involved in, the Raccoon has obviously stayed neutral in the war so far. Though knowing how he operates I wouldn’t doubt he has personally chosen a side and just hasn’t acted on it professionally. Though with the current state of events, I would think this Seattle native will get involved soon enough. This man exudes professionalism and never allows his personal views to sway his work, either as a reporter or a thief so take that for what it is. This man understands information is power and the old proverb of you are who you know, so don’t thin for a minute this man doesn’t have some very serious allies, friends and contacts all throughout the city. The Raccoon is the living embodiment of what most runners strive to become and many never knew that he even existed till today.
To compare his skills to some of the greats the only names that can even compare are the infamous Crab and Jeeves and even these men pale in comparison to the Raccoon. This man is a former Marine so don’t think for a minute he is not combat trained and hasn’t kept up his skills, to work in the Seattle underbelly one must keep their wits about them and their skills and senses honed and sharp. The Raccoon is more then able to defend himself, though he tries to avoid physical confrontation. To say that he doesn’t have blood on his hands would be foolish but sadly their is zero evidence that he has actually killed anyone, but that doesn’t mean he hasn’t even Jeeves has taken a few lives. The thieves of the city take their reputation very seriously and copycats have a tendency to meet the business end of the masters blade.
Anything more about the man known as the Raccoon is not really known, their is speculation that he is part of the infamous Mr. Blacks information network, though this is just a rumour. Though rumours do carry some weight in today’s day and age, so if you come home one night to find a masked bandit lurking around. Just leave and call the police, for the Raccoon has never been captured and I don’t think he will ever be caught. For the legend of the Raccoon is he will be long gone by the time they arrive and best to not test his morality on killing. The Raccoon has been around longer than most of my readers have been alive, and he is only know being brought to the attention of the masses. Keep this in mind, this man was working in the shadows during a very brutal time in our history and has not only survived he became a legend. The old men that lurk within the shadows are a serious threat and should never be underestimated, cause with age comes wisdom and experience.
Page Written By: Shadow Writer

This is dedicated to all the warriors of the shadows who have fallen in the line of duty. RIP    Crazy Glue: Killed in the Jackals Lantern by an unknown assailant, Her Murder is still under investigation by SPD  Wallace: HRM member killed in the Scottish invasion of England. Rot in Hell Wallace  Tommy: Member of the Regulators recently killed by SPD    Grimm: Member and Leader of the now defunct Ministry, killed by SPD C-SWAT. During the Deaths Hand Invasion  Mr. Walter O'Neil (Sarge): Member of a group only referenced to as the Post Office, He was killed in … END_OF_DOCUMENT_TOKEN_TO_BE_REPLACED