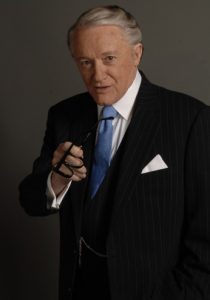 Bio: The Captain, well here is an inner circle member who is a true killer. This man was once trained by the CIA and when he defected to the Hand he took the secrets with him and as well took the directors head with him. Captain has since re infiltrated both the CIA and FBI as well as Homeland on a number of occasions leaving his calling card on the directors desk. The Captain in combat well his skills are not known he is assumed to be very lethal as he has killed more people then some of the dreaded Originals. As I write this I fear that the Captain might have been dispatched to deal with me for writing this and reporting on the Hands inner circle.
Most of the Captains work has been here in the UCAS he is the one sent to deal with our leaders and the Hands enemies in North and South America. He is very deadly, he has no soul and his sense of humour has been removed as well. All he knows is death and he is fine with that, This man killings can even baffle most coroners and fool even some of the best Detectives so just be careful when it comes to the Captain, his skills are unknown, his targets are never revealed, his list of contacts is vast and he is merciless and can’t be paid off.

This is dedicated to all the warriors of the shadows who have fallen in the line of duty. RIP    Crazy Glue: Killed in the Jackals Lantern by an unknown assailant, Her Murder is still under investigation by SPD  Wallace: HRM member killed in the Scottish invasion of England. Rot in Hell Wallace  Tommy: Member of the Regulators recently killed by SPD    Grimm: Member and Leader of the now defunct Ministry, killed by SPD C-SWAT. During the Deaths Hand Invasion  Mr. Walter O'Neil (Sarge): Member of a group only referenced to as the Post Office, He was killed in … END_OF_DOCUMENT_TOKEN_TO_BE_REPLACED