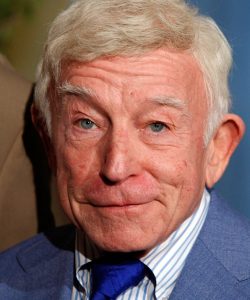 Bio: It seems that do to the new restrictions placed on the media has allowed those that follow the rules are now able to gain access to some very critical and vital information about the terrorists that lurk within the shadows of the nations cities. I actually preferred to be in the dark when it came to any information of the man known as the Butcher, this man is a soulless murderer and has decades of brutal and senseless killings under his belt. Before the new information would come to light about this man, we were basically left to speculation, rumours and the occasional ramblings of a retired police detective that just couldn’t solve the Butcher murders. Now knowing that this man is legitimate and not a ghost story told to scare unsuspecting coeds and campers as they sat around a camp fire or during a slumber party; now I seriously fear for the safety of my family and even myself knowing that the Butcher stalks the urban sprawl of Seattle.
What caused this once loyal and dedicated doctor, church goer and family man to snap is a mystery; but the aftermath of his mental break is well documented and recorded within the law journals of the police force and federal agents. Dr. Klopeck was the true definition of a workaholic and would barley spend any time at home with his wife and children as he was very busy running his practice, and the small chain of family run grocery stores that he would inherit and be put in charge of after the death of his father. Even though he was dedicated to his family, this man was super devoted to providing for his family to give them more than he ever had. Well that was till that faithful night in 2018 when Dr. Klopeck would just snap one day and brutally murder his family, not only would he murder each and everyone of them he would use his skills as a butcher to flay the flesh and muscle from their bones disposing of the organs and burying their bones in the back yard; before he would torch his home and go about his life of crime. Some say that Dr. Klopeck murdered his family do to the events of the Great Tragedy and he was actually sparing them a very painful death from the injuries of the molten magic, others say that the Ghost Dance triggered a psychotic break and his family would become his first victims. The actual cause for Klopeck’s change is unknown and has been a cause for debate by criminologists and fans of serial killers for decades; even the reports that I have now received only further the debate as the actual date of the his family’s death is August 19th 2018 and brings into question the theory of the Ghost Dance being a trigger point.

This is dedicated to all the warriors of the shadows who have fallen in the line of duty. RIP    Crazy Glue: Killed in the Jackals Lantern by an unknown assailant, Her Murder is still under investigation by SPD  Wallace: HRM member killed in the Scottish invasion of England. Rot in Hell Wallace  Tommy: Member of the Regulators recently killed by SPD    Grimm: Member and Leader of the now defunct Ministry, killed by SPD C-SWAT. During the Deaths Hand Invasion  Mr. Walter O'Neil (Sarge): Member of a group only referenced to as the Post Office, He was killed in … END_OF_DOCUMENT_TOKEN_TO_BE_REPLACED