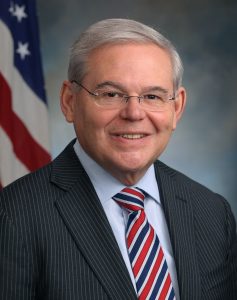 Bio: Well when it comes to Scimitar we have to take a look back into this countries darker times, this man was breed out of the ashes of what was once a perfect union. The Scimitar was a man who grew up in Southern Florida and spent his life in politics, yes that can make him already a evil being but this politician was one of the few back then that actually stood for something and he always stood his ground against his opponents and those that would have loved to see the Scimitar fall. He stood for equality and justice for all, he was the champion of the people and for this he was loved, he even became the states Governor. Though Scimitars fortunes would come at a price and that price would be the loss of everything he ever knew and loved in the coming days of a magical assault, the treaty of Denver, the theft of his home to the Caribbean League and watching everything he worked so hard for get flushed away in a moments notice.

Scimitar joined forces with the Confederates and refused to sign the Treaty of Denver and even going as far as to succeed from the Union and take up arms in the bloody Second Civil War, he lead his states forces on the battlefield and fought hard and proud for what he believed was the right cause, though in his heart he knew war was not the answer. I am not saying the Scimitar is a pacifist cause good God no he isn’t, It just that this man knew that all war was going bring was heartache and a divided nation. He knew the Natives where the problem and the NAN needed to be stopped and fighting against fellow Americans over the stupidity that was the Treaty of Denver was only adding fuel to the fire and weakening America an leaving it ripe for the taking by foreign powers and greedy corporations.
He would speak of this threat and his words just fell on deaf ears as other fellow Confederates just saw blood in there eyes and all sought revenge for what had befell them. So the Civil War broke out and just like the Scimitar had said happened, Aztlan rose up and claimed the southern regions of Texas, New Mexico and Arizona, the Caribbean League took Southern Florida and California completely succeeded and claimed total independence. The Scimitar watched helplessly as everything he warned would happen was happening and the NAN was supporting the UCAS in the war making themselves out to be the good guys, when everything could be blamed on them. The Scimitar saw how the people of the UCAS were quickly forgetting the horrific actions they took not more than a few years prior and were focused on the evil raciest Confederates.
Scimitar knew that if his state, if the Confederacy was to survive he would have to do the one thing that pained him the most and that was garner support from the very people who just stole part of his state ad where butchering his people. He had to wave the white flag to the League and ask for aid and an alliance to help stem the tides of battle. Scimitar was lucky that the League even considered his offer and joined the war instead of using it as a sign of weakness and drove even further into Florida. Once the League entered the fight the UCAS was forced to call for a ceasefire, since the Leagues Navy was fierce and there soldiers played with magic’s that where unknown to the secular magi of the UCAS.
The alliance with the League still stands today with the Confederates, though it is mostly do to the diplomatic relations of the Scimitar that keep these two aligned. Scimitar joined the Sons of the True Confederacy after the war and has been a member ever since, he has also been the longest legally standing and elected Governor in the history of the Americas and he has as well not been secret about his membership in the SOTC as he has been flying the Confederate States of America Banner at the capital building and formed the state sponsored chapter of the SOTC and absorbed the CAS Florida Guard into the SOTC. He has completely separated himself and his state from the failing CAS leadership, He is blessed with the presence of Orlando and the tourist parks to fuel his economy.
The Scimitar might be a political mastermind and the commander of the Florida Division of the SOTC that doesn’t mean this man is not a beast on the battlefield, he is a physical adept and has been personally trained in the lost arts of sword fighting from the League adepts and as well has been blessed with an ancient foci that washed up at his feet while the Scimitar was meditating in the coastal waters of the Atlantic ocean. He still preaches that we as a nation need to unify to fight the greater threat and that threat being the NAN and Aztlan, He claims that both parties are playing with very dark magic’s that neither fully comprehend. The League continues to offer there Naval support in the Gulf keeping Aztlan forces in check and the Scimitar makes damn sure his state is well protected for any further invasion.
The Scimitar is ready this time for war, and this time he is one hundred percent behind it, he has given his full support to Colonial and the Patriots stating that is about time, that something is to be done about the true tyrants. He is very happy that this time the lives of fellow Americans will not be lost in vain and that something will finally be done to avenge the countless thousands that are buried in mass graves and they will finally be properly avenged and there souls can now rest in peace. The Natives will soon get to feel the searing sting of the Scimitar in battle as he leads is fellow Floridian Sons and Caribbean forces into war, the fate of our nation, the fate of the world hangs in the balance as the forces of the nations of  North America prepare to collide once again, this time it is as a united front against a common enemy.

This is dedicated to all the warriors of the shadows who have fallen in the line of duty. RIP    Crazy Glue: Killed in the Jackals Lantern by an unknown assailant, Her Murder is still under investigation by SPD  Wallace: HRM member killed in the Scottish invasion of England. Rot in Hell Wallace  Tommy: Member of the Regulators recently killed by SPD    Grimm: Member and Leader of the now defunct Ministry, killed by SPD C-SWAT. During the Deaths Hand Invasion  Mr. Walter O'Neil (Sarge): Member of a group only referenced to as the Post Office, He was killed in … END_OF_DOCUMENT_TOKEN_TO_BE_REPLACED